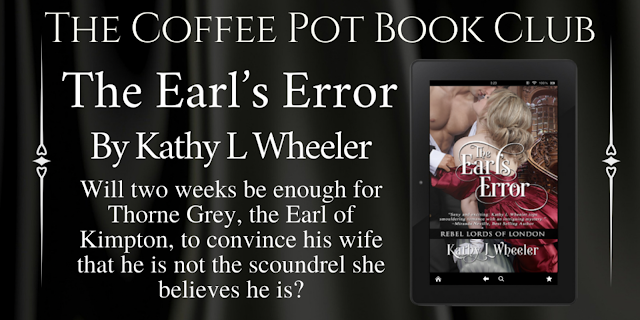 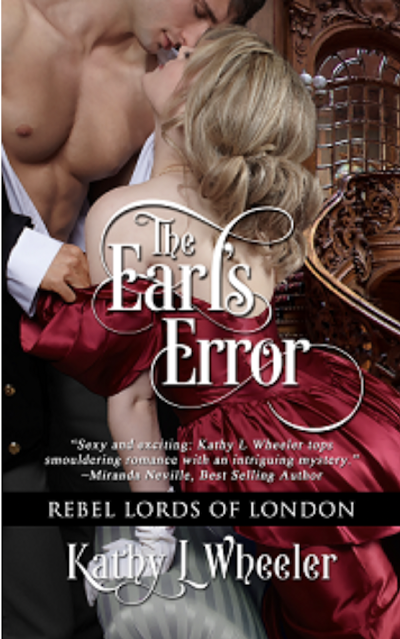 Publication Date: April 6, 2021
Publisher: Chisel Imprint
Page Length: 322 Pages
Genre: Historical Romantic Suspense
Lorelei Grey, the countess of Kimpton, can't trust her husband. Not only did he exile her brother from England without a word to her, but, she's since learned he fathered his ex-mistress's unborn child. She had only one stipulation for their marriage...to treat her with respect.
Thorne Grey, the Earl of Kimpton, wants his wife, craves his wife. When she threatens to leave, he panics and offers to pay her to stay with him. He's bought himself two weeks and prays it's enough time to find her missing brother and prove he's not the scoundrel she believes.
Neither is able to ignore the explosive passion between them, but in their search for her brother, they encounter a threat that could not only destroy their relationship, but their very lives.

She stilled. “You sent my brother away. He’s an artist, not a f-fighter. He could be killed.” The softness of her voice pierced him with the sharpness of a blade. She held her head high, one slipper-shod foot four steps from the top. She shook her head, hard enough that one of the pins slipped and let loose a rogue curl. “And now, another woman?” She broke off on a choked cry, darting up the remaining stairs.

Sent her brother away? “Darling, wait.”

“I shan’t forgive you for that. Ever.”

“Dammit, Lorelei. Don’t. Don’t run from me.” He took the stairs two at a time. Reached the top as she turned down the hall of the wing where their chambers nestled side by side. He should never have allowed her a separate room. At the end of hall, her hand twisted the knob on her door. “I’ll pay you,” he blurted. She stopped but didn’t turn. “One thousand pounds if... if you can manage a fortnight. Just until—” Until what?

The tightness in his gut registered as fear. Fear he’d never gain ground. But he had the advantage. Lorelei had nothing. She’d had no dowry. He didn’t need or want one. She’d be destitute without him. He’d saved her useless brother from debtor’s prison. But now, her brother had stooped to a new low. Abandoning not only his sister, but a child as well. So what if the mother was one of the most sought-after courtesans in London? Lorelei would never care about such a detail, though most of the beau monde would turn her away if they knew she felt that way.

Blast. The short, cruel thing would be to enlighten her. Take her by the shoulders and shake her until she heard the truth. Make her realize that he hadn’t put her brother on board a ship, show her that her precious Brandon was acting as an irresponsible cad, running from his responsibilities of a mistake—a mistake most men of their standing took pains to buy their way out of. Hell, the man was more a noose around one’s neck. Had been since Thorne and Lorelei’s wedding.

Lorelei’s body stiffened, and he swallowed the words. Thorne could never hurt her so callously. She turned, pierced him with flinty blue eyes. The world revolved to a stop, and perspiration gathered at the nape of his neck. He inhaled through his nose, letting out a slow stream through pursed lips.

“A thousand pounds. Per week. For two weeks I shall stay. And I want half now.” Her crystallized pitch would have made Medusa proud. Curiosity driving him, Thorne looked her in the eye, certain he would turn to stone, while bitter irony held him in a firm grip.

Two weeks. Could he find that no-good brother of hers in that amount of time? Force him to acknowledge his responsibility? Thorne had his doubts, but he would accept her offer. Give her half now, and pray it was enough to keep her from leaving before he located Harlowe.

But he had his pride as well. In a tone that matched her cold glare, he said, “Done.” He stepped back, enough out of reach to keep from grabbing her, with the scent of her hair annihilating what was left of any remaining sense, good or bad. He tipped his head, unable to stem the sarcasm. “Perhaps you’ll excuse me, my lady, I’ve urgent business to attend.” He stalked down the stairs to his study and shut the door with a solid click. Someday he might learn to hold his tongue. Not speak until spoken to—a quality his father had tried beating into him until the day the old bastard dropped dead of an apoplexy when Thorne was but ten and three.

He tossed the note he still clenched on his desk, furious with his reaction—no, overreaction—and moved behind the desk. He peered up at his father’s portrait with disgust. The pompous ass. It showed in the set of his shoulders, his grim facade. He made a silent vow to remove it to the attic. Or perhaps make Harlowe paint over it as retribution.

Thorne reached up and ran his fingers along the gilded edge of the frame, just inside one corner, and pressed the minute mechanism. The large painting parted slightly from the wall without a sound. He slipped a key from his watch fob pocket and fit it into his pride and joy—one of the first burglar-resisting safes created by Charles Chubb. Granted, it was a test model, but it worked magnificently. Talk about an exquisite piece of art.

Thorne counted out several hundred guineas, locked the safe, and restored the painting to its rightful position.

Of all the asinine things he could have thought of to entice his charming and beautiful wife into remaining by his side, he had to offer money. It was the panic, of course. Money she would likely use, inevitably leading him to the same fate she’d threatened. Losing her.

Well, he’d bought himself a fortnight to locate Harlowe and hopefully convince Lorelei to stay. He jerked out the bottom drawer of his desk and grabbed a sheet of paper. He scribbled off a quick note and rang for Oswald.

Minutes later, snatching up his top hat, he jammed it on his head. There was some satisfaction in slamming the door behind him. Only fifty feet from the stables, the heavens parted, dumping a waterfall of ice-cold tears that soaked through every layer he wore.

The perfect ending to the perfect day, eh? There was nothing now but to follow through on this idiotic voyage he’d forged for himself. For if his wife found out about the babe ...

Find this novel on your favourite online bookstore - HERE! 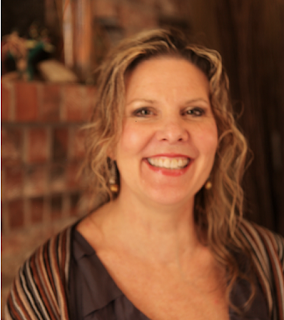 Kathy L Wheeler graduated from the University of Central Oklahoma with a BA in Management Information Systems and Vocal Music minor.

She lives with her musically talented husband in the Pacific Northwest, a recent migrant from Oklahoma. She has one grown daughter (who has two adorable boys), and a neurotic dog, Angel! 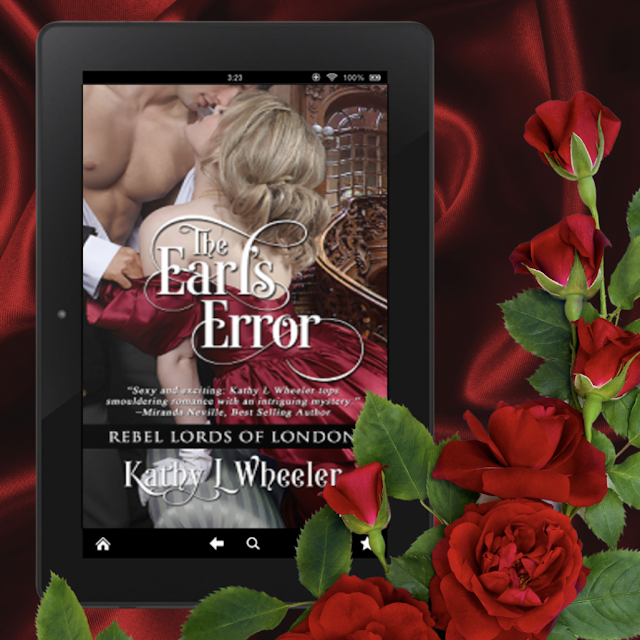