Check out Gretchen Jeannette's fabulous book — This Day is Ours 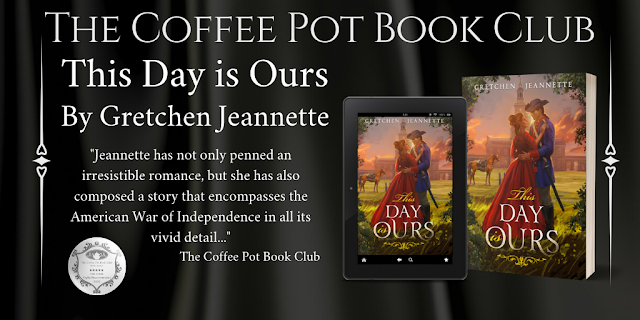 This Day is Ours
By Gretchen Jeannette 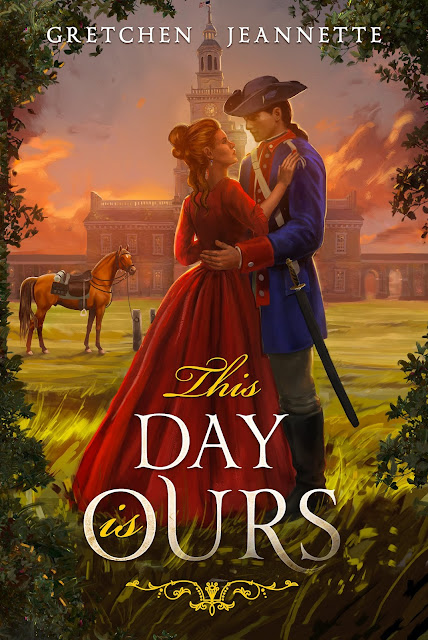 Love is like war: easy to begin but very hard to end.

The American Colonies, 1776.
As the flames of revolution spread across a divided land, a shadowy figure prowls the city of Philadelphia. Known only as Jack Flash, rebel highwayman, he preys on wealthy aristocrats loyal to the British Crown. The unpredictable outlaw always manages to stay one step ahead of his foes. Until the night he targets a Loyalist lady whose fiery spirit could spell his doom.

Alexandra Pennington believes she has her future well planned when a chance encounter turns her world upside down. Betrothed to a dashing king's man suited to her in every way, the young widow becomes entangled with an unrefined rebel fiercely opposed to British rule. Against all reason, she finds common ground with an enemy of the Crown. The sensible course for her is clear, but her bond with the notorious rogue will test her loyalty not only to her king but also to the man she vowed to marry.

From the drawing rooms of Philadelphia to the battlefields of an emerging nation, one woman stands between two men fighting for love and honor in a war destined to change all their lives forever. 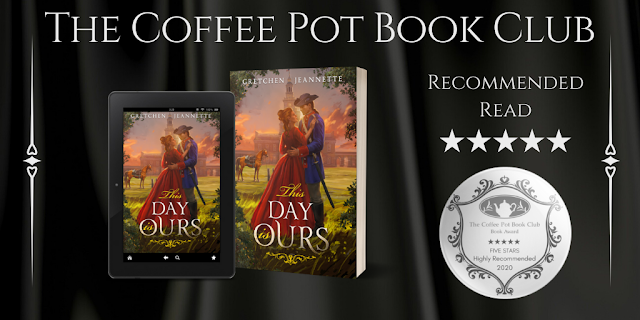 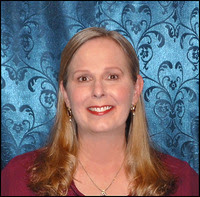 Gretchen Jeannette was born in 1955 in Wilmington, Delaware. She lives and works in Chester County, Pennsylvania, an area rich in Revolutionary War and Colonial American history. Her enduring interest in 18th Century America began at a young age, inspired by the novels of Dale Van Every and Allan Eckert, whose timeless tales of adventure and romance capture the essence of early American lore. Eager to read more such stories, to her disappointment she had trouble finding them on bookshelves, so she decided to write one of her own. Thus began a journey fueled by her passion for breathing life into history through believable characters, authentic historical details, and plots woven with adventure, romance and suspense.
Connect with Gretchen: Website • Twitter • Goodreads.
Posted by Mary Anne Yarde at 05:00