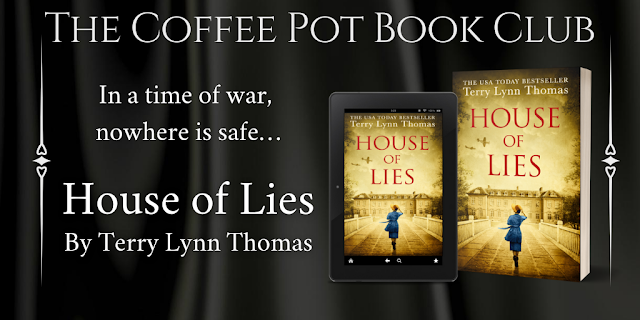 In a time of war, nowhere is safe…

While World War Two rages, Cat Carlisle runs a women’s refuge to protect battered wives. But when one of the women is found dead in the woods behind the house, Cat’s world shatters.

Was the killer a violent husband seeking revenge? A secret lover? Or is something more dangerous at play? Because Cat and her fiancé Thomas have a secret: they’re hiding a precious golden chalice, keeping it locked safely away from the plundering Nazis until the war is over. But someone wants that treasure, and no one will be safe until they get it…

Cat headed out into the morning chill towards the garden shed, her mind worrying over the veracity of Margaret’s story. Donning her gloves, she raked the vegetable bed, mixing in the mulch they had ordered specially. By springtime, the bed would be rich and fertile and ready for the vegetables they started in the greenhouse. As she worked, she thought of her upcoming marriage. Thoughts of Thomas distracted her so thoroughly, she didn’t see the man sneaking out from behind the greenhouse, a shovel slung over one shoulder. Like a perfect predator, he paused for a moment, staying just outside Cat’s line of vision, until she squatted down with her back to him, vulnerable and unable to defend herself.

Cat didn’t sense his presence. Out of the blue, she felt a strong hand on her back, followed by a hard push, which sent her sprawling onto her stomach into the dirt.

Adrenalin coursed through Cat’s body as she landed. She turned on her back and met the eyes of a short, wiry man, with a lined face and angry eyes. He towered above her, brandishing the shovel. By the look on his face, Cat could tell he enjoyed his dominant position. Forcing herself to stay calm, she took a deep breath. ‘Mr Grenville, I presume.’

‘We’re going to have a little talk about my wife,’ Mr Grenville said. ‘Get up.’ He offered Cat his hand.

She ignored it and stood up on her own, grabbing the hand trowel as she did so.

The manoeuvre wasn’t lost on Mr Grenville. He gave Cat a smirk and slung the shovel over his shoulder again.

‘Get off my property,’ Cat said. She was a good three inches taller than Mr Grenville. She bit back her fear, keeping her voice strong. ‘The police are looking for you in connection with a murder. Someone inside the house will see you and call them.’

‘Not true, Mrs Carlisle. You’ve got your housekeeper in there, but she’s weak and old. I’d say that I’m safe from her. Surely you didn’t think I’d approach you without evaluating the situation.’ He stepped closer, once again brandishing the shovel like a weapon in an effort to intimidate. ‘And I didn’t kill that girl.’

Cat took a step closer to him. ‘Get away from me.’

‘You’ve got spunk, I’ll give you that. You just tell me what you’ve done with my wife, and I’ll be on my way.’

‘No. My singular purpose in life is to keep women like your wife away from men like you.’ Cat regretted the taunt immediately as Mr Grenville’s placid, semi-amused look became one of anger. He circled Cat, like a boxer in the ring. Having no choice but to reciprocate, Cat countered his every move. They mimicked each other, like two dancers in a violent tango. Over Mr Grenville’s shoulder, she saw Bede Turner’s startled face in the window.

Mr Grenville attempted to step closer to Cat. In perfect pantomime, Cat stepped away. She eyed the house. Could she make a dash for safety?

‘You can’t outrun me, Mrs Carlisle. And I don’t know what my wife told you, but we were happy together. I was good to her.’

Cat laughed. ‘Hardly. She hated you. Couldn’t wait to get away.’ Cat should have noticed the twitch in Michael Grenville’s left eye, the portent of his rage. ‘She’s rather a fine lady. Not surprising considering her wealth. Her wealth, Mr Grenville. Not yours. No, you won’t be finding her. She’s safely tucked away, safe from your influence, enjoying all her lovely money.’

‘She loved me,’ Michael Grenville insisted.

‘Only when she needed it. A man needs to take his woman in hand. Maybe I should give you a beating right now. Teach you a lesson.’ He leered at her. ‘It’d serve you right and ain’t nothing you can do about it.’

Cat knew women often cowered around their aggressive husbands. But she hadn’t flinched when her husband – now long dead, thank the heavens – threatened. Benton had been tall and strong, and every bit as angry as Michael Grenville, but Cat had never backed down. Familiar hot rage ran through her. She stepped close to Michael Grenville and pushed him hard on the shoulders. He didn’t have enough time to react. His eyes opened wide as he stumbled and landed on his backside.

‘Get away from her,’ Bede Turner shouted, as she strode towards them.

Michael Grenville scrambled into a standing position and held up his hands. ‘You’ve won this round, Mrs Carlisle, but I’ll be back. You can be sure of that.’ 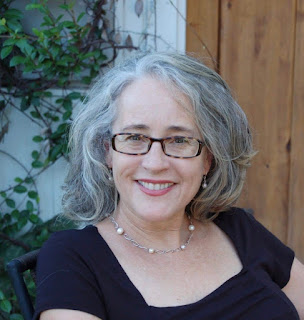 Terry Lynn Thomas grew up in the San Francisco Bay Area, which explains her love of foggy beaches and Gothic mysteries. Terry Lynn writes the Sarah Bennett Mysteries, set on the California coast during the 1940s, which feature a misunderstood medium in love with a spy.