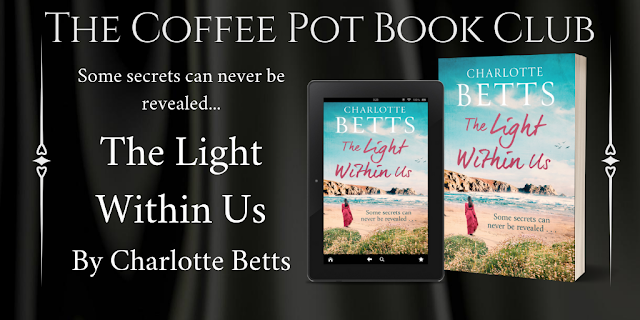 The Light Within Us 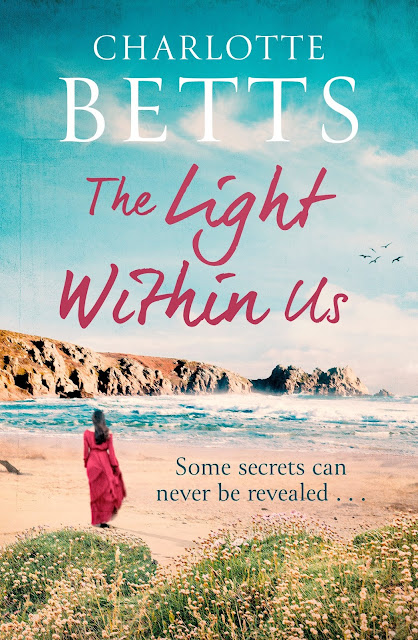 Talented painter Edith Fairchild is looking forward to a life of newlywed bliss with her charismatic husband Benedict at Spindrift House near Port Isaac. Edith is inspired by the glorious Cornish light and the wonderful setting overlooking the sea. But then happiness turns to heartbreak. In great distress, Edith turns to an artist friend for comfort. After a bitterly-regretted moment of madness she finds herself pregnant with his child.

Too ashamed to reveal her secret, Edith devotes herself to her art. Joined at Spindrift House by her friends - Clarissa, Dora and Pascal - together they turn the house into a budding artists’ community. But despite their dreams of an idyllic way of life creating beauty by the sea, it becomes clear that all is not perfect within their tight-knit community, and that the weight of their secrets could threaten to tear apart their paradise forever . . .

In the darkest hours of the night, a storm thunders inland from the sea, carrying with it the sharp tang of salt and seaweed. It howls over the rocks and buffets the Bronze Age standing stone on the cliffs. Blustering across the grounds of Spindrift House, it batters the slate-roofed outbuildings and slams the garden gate against the wall. Russet leaves whirl through the air, twisting and turning like a flock of migrating birds, and the branches of the great copper beech dance wildly in the tempest, reaching out in the dark to scrape and tap the farmhouse’s windows.

The stone house creaks and groans in its sleep, bracing itself against the storm. Wind moans down the chimneys, rekindling the embers in the hearths. Whistling through the attic windows, it flurries down the staircase, sighs along the passages and mingles with distant echoes of the tears and laughter of people long gone.

Upstairs, widowed Hester Tremayne, who has lived at Spindrift House for over four decades, is dreaming of happier times.

The wind of change is blowing through the house. Dark times may be coming but Spindrift House is reawakening, waiting for the light.

The harsh cry of a seagull scattered Hester’s dream. She lay with her eyes shut, clinging to her memory of a golden sunset over a murmuring sea, the touch of his hand in hers and the sand gritty beneath their feet. She caught her breath on a sob, aching to hear his voice again. That perfect day had been half her lifetime ago. Thirty-five years since they were young together: skimming stones across the shining sea, laughing as they ran through the waves. There had been so much shared laughter over the years and the sheer joy of their love had sustained them against all difficulties.

A sudden gust rattled the window, dashing it with rain as hard as pebbles. Hester eased herself out of bed to draw the curtains, her heartbeat skipping irregularly as it often did nowadays. Great black clouds raced across the lowering sky and the sea sounded angry, roaring as it smashed against the rocks in the cove below. She stared at the handsome mansion up on the headland. Cliff House. The house where her beloved Jago’s body now lay, waiting to be conveyed to the churchyard at St Endellion.

She wondered how she’d find the strength to go on. Her fingers shook as she twisted her thin plait of white hair into a knot but she resisted the urge to creep into bed and bury herself under the eiderdown. When she was dressed, she stiffened her spine and went downstairs to the warmth of the farmhouse kitchen.

Mrs Gloyne, her ancient housekeeper, lifted the teapot off the range, the swollen joints of her fingers trembling under the strain. ‘I’ll warrant you’ll need a good brew to get you through today, Mrs Tremayne. Sit you down.’ She poured the tea, strong and bracing, into Hester’s rose-patterned cup.

‘Sit with me awhile?’ said Hester.

Mrs Gloyne lifted the teapot again, filled a plain white cup and sat at the opposite end of the table. ‘Shall you go?’ she asked.

Mrs Gloyne drained her cup. ‘Best get on. I’ve a fruitcake to bake before your nephew comes tomorrow. And I’ll make chicken soup. You don’t want to catch a chill.’

The rain had thinned to a fine drizzle by the time Hester arrived at the churchyard. The sexton was laying lengths of sacking around the freshly dug grave in a vain attempt to conceal the mud. Hester waited to one side of the church, back ramrod-straight. Her mind whirled with memories of Jago; their first breathtaking kiss, their passionate arguments and the love that had lit them from within, right to the end. Bowing her head, she bit the insides of her cheeks, staving off tears. Once she wept, she’d never stop.

The mourners began to arrive and then came the grinding of carriage wheels. Hester peered out from beneath the brim of her bonnet to see a pair of jet black horses drawing up by the gate. The hearse was glass-sided and her stomach clenched when she saw the velvet-draped coffin within. How could her Jago, once so full of vigour, now lie cold and still inside that narrow box?

She pressed her back to the wall while the pall-bearers hoisted the coffin onto their shoulders. Jago’s wife, Morwenna Penrose, heavily veiled and leaning on her son’s arm, took her place behind the coffin and headed the procession into the church.

Fighting back nausea, Hester waited behind a yew tree. After what felt like an eternity, the mourners came out of the church and gathered around the grave. The wind snatched away the vicar’s words but she watched the coffin being lowered into the ground. First Morwenna and then her son threw a handful of soil into the grave. And then it was over. Hugh and his mother led the funeral party towards the waiting carriages.

The wind whisked Hester’s silk scarf up into the air and she reached out to catch it as Jago’s widow walked by. Morwenna lifted a corner of her black crepe veil and stared directly at her. The malevolence in her glare made Hester quake.

Once the carriages had rolled away, Hester hurried to the graveside, her heart thudding. Opening her reticule, she withdrew a crimson rose plucked from the gazebo at Spindrift House where she and Jago had often sat. Inhaling its rich fragrance, she kissed the velvet petals, then dropped it onto the coffin. ‘Goodbye, my love,’ she whispered.

The sexton, spade in hand, walked towards her. ‘Has the funeral finished, Missus?’

The Light Within Us

Add The Light Within Us to your ‘to-read’ list on 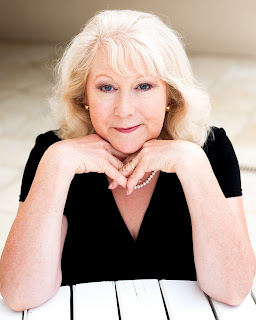 Charlotte Betts is a multi-award-winning author of eight romantic historical novels, all published by Piatkus. Her books are set in various eras between the Restoration and the Great War and she draws inspiration from the stories of strong women at turning points in history. Careful historical research enriches her writing with an evocative sense of time and place. Charlotte’s current work in progress is the second volume of the Spindrift Trilogy, set in an artists’ community in Cornwall at the beginning of the twentieth century.

A member of The Romantic Novelists’ Association, The Society of Authors and The Historical Novels Society, Charlotte loves to share her knowledge and has given talks and workshops on writing, both at conferences and to smaller groups.

Charlotte lives on the Hampshire/Berkshire borders in a C17th cottage in the woods. A daydreamer and a bookworm, she enjoyed careers in fashion, interior design and property before discovering her passion for writing historical novels.

To be the first to hear about Charlotte’s new releases and her writing life, please do visit her website.

Connect with Charlotte on Social Media: