Have a sneak-peek between the covers of N.A. Granger's fabulous book — The Last Pilgrim #HistoricalFiction @NAGrangerAuthor 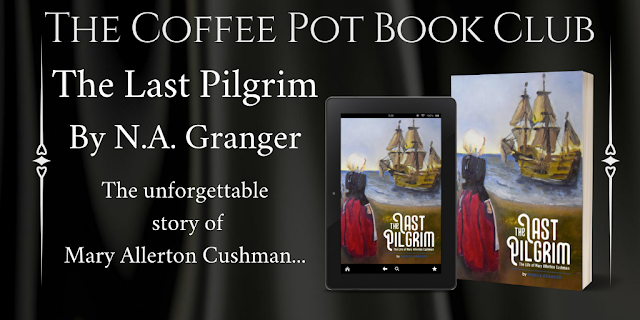 The Life of Mary Allerton Cushman 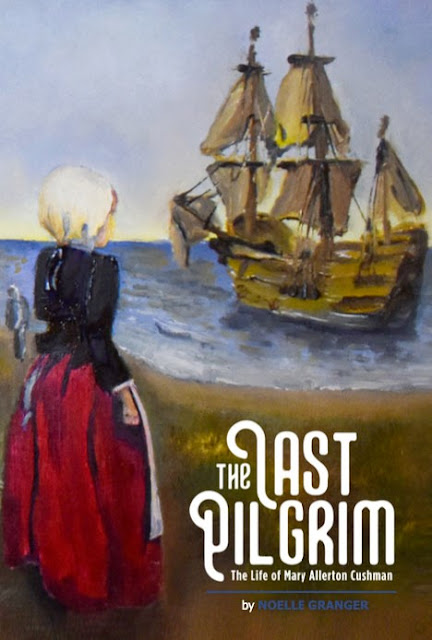 The Last Pilgrim: The Life of Mary Allerton Cushman captures and celebrates the grit and struggle of the Pilgrim women, who stepped off the Mayflower in the winter of 1620 to an unknown world – one filled with hardship, danger and death.  The Plymouth Colony would not have survived without them.

Mary Allerton Cushman was the last surviving passenger of the Mayflower, dying at age 88 in 1699. Her unusually long life and her relationships with important men – her father, Isaac Allerton and her husband, Thomas Cushman – gave her a front row seat to the history of the Plymouth Colony from its beginnings as the first permanent settlement in New England to when it became part of the Massachusetts Bay Colony in 1691.

Mary’s life is set against the real background of that time. The Last Pilgrim begins from her father’s point of view – she was, after all, only four when she descended into the small living space below deck on the Mayflower – but gradually assumes Mary’s voice, as the colony achieves a foothold in the New England’s rocky soil. Hers is a story of survival - the daily, back-breaking work to ensure food on the table, the unsettled interactions with local native tribes, the dangers of wild animals, and the endless challenges of injury, disease and death.

What was a woman’s life like in the Plymouth Colony? The Last Pilgrim will tell you.

On a cold autumn day in 1643, with the harvest in, I took my basket and went with young Thomas to walk in the woods. There I picked such wild herbs and greens as still grew and gathered nuts. Thomas, with his wild imagination, hid behind trees, playing hunter and pretending to shoot game. The woods were magical during that time of year. Many leaves had already fallen, creating a soft, colorful carpet under our feet, while the sun bathed us in golden light as it passed through the yellow leaves remaining on the beech and larch trees.

Ever mindful of wild animals, I always brought a knife, thinking it would be enough protection should we encounter anything dangerous. Up until then, I had only seen deer and skunks, but just days before, we had heard the call of lions in the night. Even thus forewarned, my heart nearly stopped when I saw a large tawny cat at the far edge of the clearing where I stood. As it stalked something, I followed its line of sight and felt a surge of terror when I spotted its intended victim, my son. I yelled out to distract it, dropped the basket and took my knife from my waist, running toward young Thomas, getting to him just as the cat leapt. They went down in a flash of his russet coat and the cat’s golden fur. Thomas’ screams blended with my yells, echoing in the woods, and he fought at the claws. With one hand I grabbed the cat by its scruff, as I would a kitten, to keep its teeth from Thomas’ neck. With the other, I stabbed at it, a hard thing to do as they tumbled. I felt the knife penetrate the cat, and giving a hiss and a wail, it released my son and ran off, disappearing into the trees.

I knelt to examine what damage the wild thing had done, while Thomas moaned, his eyes fixed on something in the distance. The cat’s claws had rent the back and sleeves of his waistcoat and blood seeped through the slashes. Deep scratches covered his hands. The most worrisome was the bite mark on his neck, dribbling blood, where the cat’s jaws had seized him. I believed my yelling had distracted the animal from breaking his neck.

“Can you walk, Thomas?” I asked him, but the shock of the attack had rendered him nearly senseless. I would have to carry him.

My son weighed several stones, and I pulled him up with great difficulty. Then I bent and lifted him over my shoulder and began the long walk back to the house, staggering under his weight. By the time I reached our gate, I’d almost dropped him several times and with great relief, finally let him slip to the ground as I reached the palisade.

“Sarah, come help me!” I couldn’t hear my words for the ringing in my ears, but Sarah ran out of the house, carrying Button, whom she set down as soon as she saw us. “Help me drag Thomas into the house.”

Together, we got him on a mattress and I stripped off his clothes. First, I examined his neck, where I thankfully found only shallow punctures – I’d kept the cat from far worse. I ran my hand over his head, checking for further blood and found none. However, Thomas’ arms and chest were badly clawed, but not very deeply because of the layers he wore. Only a few of the slashes would need sewing, thanks be to God.

He finally appeared to recognize where he was and began to shiver with shock. I had Sarah warm some of the whiskey that my husband made from corn and kept for his guests and forced some of it into my son’s mouth. He coughed violently, but the color returned to his cheeks and his eyes finally focused on my face.

“Mother, was that a wild cat?” he asked.

“Yes, and you’re a lucky young man, because I think it was young, based on its size. Thomas…it’s going to hurt, what I must do to treat your wounds. Are you brave enough to stand some pain?”

I swabbed each slash with soap and water to wash away the dirt and blood, then poured a little whiskey on them, which one of my gossip members had recommended. I knew full well how much it stung him, and he took it bravely. Finally, I told him I would need to stitch two of the slashes on his chest, the worst part.

While I did the sewing, he gripped Sarah’s hand until she groaned in pain, and while he cried quietly, he never screamed. I sat back, pleased with my work. “This is the sweet part,” I told him with a smile, packing honey into his wounds before wrapping them all in clean linen. When I had finished, he looked as if he were covered in a shroud from the waist up. Then his eyes closed, and I thought he’d fainted, but he’d just fallen asleep.

Sometime later, when my son sat up and said, “I’m hungry. What is there to eat?” I had to turn my head to hide the tears. The experience had shaken me to my roots, and it was the hand of God that had helped me save him. I knew he would bear the scars of the cat for many years, and I hoped they would remind him of God’s love.

When my husband returned for his midday meal and saw his son, I allowed young Thomas to tell the story of our encounter with the cat, only adding a few details. After a heartfelt prayer of thanksgiving for his son’s delivery, to which we all added our voices, Thomas took his musket and left to retrieve my basket and follow the wounded cat. He didn’t find it, so perhaps I hadn’t wounded it mortally.

In bed that night, Thomas whispered to me, “You were very brave today, my dear wife. With God’s power flowing through you, you saved our son. I hope such a terrible thing will never happen to you again, but this new world presents us all with unforeseen dangers.”

Warm, drowsy and feeling safe in his arms, I struggled to listen to him. As my eyes closed, I murmured, “I should have had a bigger knife.”

Add The Last Pilgrim to your ‘to-read’ list on 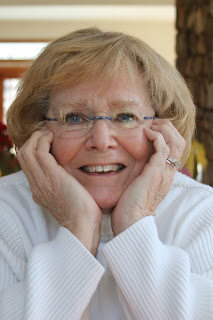 N.A. GRANGER is a Professor Emerita at the University of North Carolina School of Medicine. After forty years of research and teaching undergraduates and medical students, plus earning her EMT license, she decided to turn her hand to writing and created the Rhe Brewster Mystery Series.

Having grown up in Plymouth, Massachusetts, the author worked as one of the first reenactors at Plimoth Plantation when it opened, which is where the idea of writing a book to honor the Pilgrim women took seed. This stayed with her over the years, resulting in The Last Pilgrim, the story of Mary Allerton Cushman, the oldest surviving passenger on the Mayflower.

The author has also written for Coastal Living and Sea Level magazines and several times for the Bella Online Literary Review.

She lives in Chapel Hill, North Carolina, with her husband and a Maine coon cat who blogs, and she spends a portion of every summer in Plymouth and in Maine, researching for her books.