Historian and author, Linda Porter, is sharing an excerpt from her fabulous book — Mistresses: Sex and Scandal at the Court of Charles II #Stuarts #HistoricalBiography @DrLindaPorter1 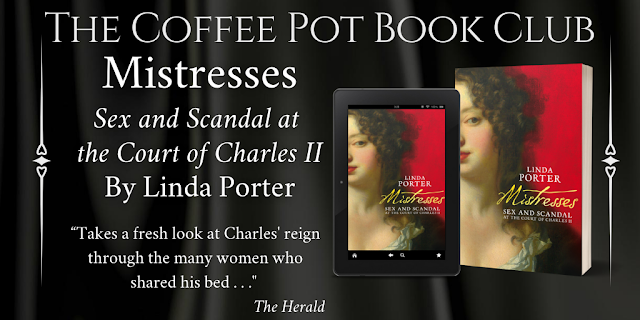 Sex and Scandal at the Court of Charles II 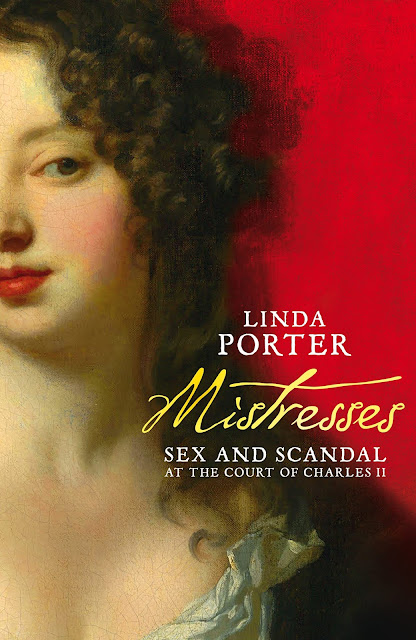 According to the great diarist, John Evelyn, Charles II was ‘addicted to women’, and throughout his long reign a great many succumbed to his charms.  Clever, urbane and handsome, Charles presided over a hedonistic court, in which licence and licentiousness prevailed.

Mistresses is the story of the women who shared Charles’s bed, each of whom wielded influence on both king and country in their very different ways.   Lucy Walter, Barbara Villiers, Frances Teresa Stuart, ‘pretty, witty’ Nell Gwyn and her fellow-actress Moll Davis, who bore the last of the king’s fourteen illegitimate children, between them dominated court gossip during the Restoration period.  Here, too, is the French aristocrat, Louise de Kéroualle and the flamboyant Hortense Mancini, as well as Charles’s humiliated, childless queen, the Portuguese princess, Catherine of Braganza, who managed to forge an independent identity for herself.

Drawing on a wide variety of original sources, including material in private archives, Linda Porter paints a vivid picture of these women and of Restoration England, an era that was both glamorous and sordid.

“In telling the story of Charles's mistresses, Porter skillfully interweaves the politics with the passion . . . an enlightening read.”

“The lives of these seven women make a terrific story and Porter tells it well.”

“Takes a fresh look at Charles' reign through the many women who shared his bed . . . an interesting approach: after all, we all know that rulers act out of personal satisfaction as much as political sense.”

“A stunning romp through the sexual court politics of the Restoration! Linda Porter's pacy book offers a balanced and revealing account of the mistresses of Charles II, and of his long-suffering wife. It's a vivid historical page-turner with the enigmatic figure of the King at its core, in turns funny, tragic and eye-popping, and a seamless blend of state affairs and scandal. Linda Porter's grasp of the period is masterful.”

Hortense had not wanted for admirers.  She was one of the most talked-about beauties at the French court and any husband could expect to acquire, through marrying her, an enviable portion of Mazarin’s enormous wealth.  She was a prize fit for a king and, indeed, one had already come calling.  In 1658 Charles II asked for Hortense’s hand but was rebuffed by Mazarin, who reported that he had told her suitor ‘that he was paying me too great an honour.’  This withering sarcasm could not have escaped the exiled king of Great Britain, who was a penniless wanderer at the time, living on handouts from Spain in what is now Belgium.  Mazarin had made peace with the English Republic and was not about to annoy Oliver Cromwell by allying his favourite niece with someone whose prospects of ever regaining the throne seemed impossibly remote.  His reservations vanished completely when Charles was unexpectedly restored in 1660 and the king was able to gain some measure of revenge by making it clear that the daughter of minor Italian nobles was not an appropriate choice to be his wife.  There would be no Queen Hortense.  But Charles II had undoubtedly been smitten by the girl when he first met her in Paris and his ardour was renewed when they met again seventeen years later.

Cardinal Mazarin devoted all his remaining energy to arranging a suitable marriage for Hortense in the weeks leading up to his death.  His favoured candidate was Armand-Charles de la Porte de la Meilleraye, a young man from a family with undistinguished origins (not unlike the Cardinal’s own) whose father held the title of Marshall of France.  Armand was twenty-nine years old and Hortense not yet fifteen.  He had, rather unhealthily, been infatuated with her since she was nine and was still as determined as ever to marry her, though he knew that she had other, more impressive suitors.  As Mazarin fought to stay alive, racked by coughing fits and exhausted by insomnia, he decided that Armand would, in effect, fill the role of his only male heir.  Philippe, the nephew he detested, had forfeited his right to inherit the Cardinal’s riches through the kind of hedonism and recklessness that ran like tainted wine through the veins of the younger generation of the Mancini family.  Out of consideration for her uncle and perhaps lured by the wealth with which he intended to endow her through this marriage, Hortense agreed to become Armand’s wife.  The wedding took place at the Palais Mazarin on 1 March, 1661.  Eight days later, the great Cardinal was dead and the new Duke and Duchess Mazarin, as Armand and Hortense now became, started their life together.  That they were almost comically incompatible had not troubled Hortense’s late uncle.  Yet it was to leave her, in her own words, ‘the richest heiress and the unhappiest woman in Christendom.’

Hortense was actually married a month before her sister, Marie, though neither of them, nor, indeed, their siblings, marked the passing of Cardinal Mazarin with an outpouring of grief.  ‘It is a remarkable thing’ the new duchess Mazarin wrote later,’ that a man of his merit, after having worked all his life to exalt and enrich his family, should have received nothing but expressions of aversion from them, even after his death.’  She went on, however, to explain the reasons for this apparently monumental ungratefulness and, in so doing, revealed the root of the unhappiness that would characterise the lives of the Mancini girls, marking them for ever afterwards. ‘If you knew with what severity he treated us at all times, you would,’ she claimed, ‘be less surprised by it.  Never has a man had such gentle manners in public and such harsh ones at home; and all our temperaments and inclinations were contrary to his.  Add to that incredible subjection under which he held us, our extreme youth, and the insensitivity and carelessness about everything which excessive wealth and privilege ordinarily cause in people of that age, however good a nature they may have.

The duke and duchess Mazarin (he was denied the ‘de’ in front of the surname because of his lower social standing) moved into apartments in the Palais Mazarin, surrounded by reminders of the Cardinal’s wealth.  Everything about the place breathed riches and luxury, from the bejewelled vases and plate to the unrivalled collection of statuary and paintings to the opulent furnishings and tapestries.  Unhappily for Hortense, it really was to become a gilded cage.  Like all women of her age, she was her husband’s property, unable to dispose of any item in her uncle’s collection without Armand’s permission.  And the object the duke most jealously guarded was his wife herself.

Add Mistresses to your ‘to-read’ page on 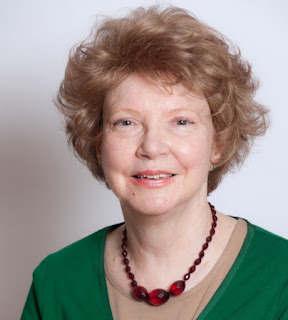 Linda Porter has a D. Phil in History from the University of York.  In a varied career, she has lived in Paris and New York, worked as a university lecturer and spent over twenty years in the corporate world, returning to her roots as a historian in the early 2000s.  She is the author of five books, all published to critical acclaim.  Her specialization is the 16th-18th centuries, with particular emphasis on the Tudors, the Stuarts and the French Revolution.