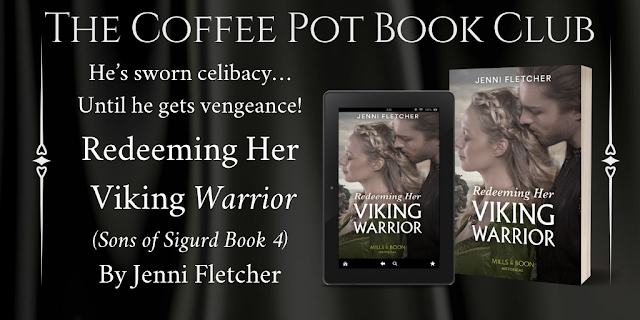 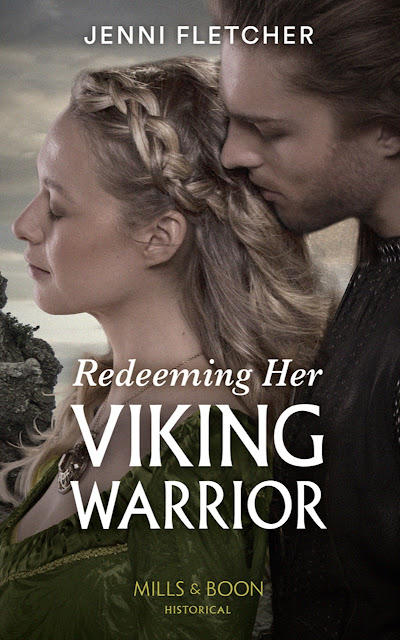 Until he gets vengeance!

Danr Sigurdsson is indebted to the captivating, mysterious healer living alone in the wilderness who carefully tends his wounds. Consumed with anguish over the massacre that killed his family, Danr has sworn not to touch another woman until he finds those responsible. So resisting Sissa should be easy, but as they search for the truth, fighting their mutual attraction becomes the hardest battle…

The woman appeared out of nowhere. One moment Danr Sigurdsson was alone, his body cradled amid the tangled roots of an oak tree, the next she was looming above him, the spear in her hand pointing straight at his throat.

He stared up at her, absently wondering who she was and where she’d come from, then gave up the effort and closed his eyes. His head and chest were throbbing. So, too, was his pulse, so hard and fast it felt as though his heart were trying to force its way through his ribcage.

Considering how much blood he’d lost over the past few hours he was surprised it could still summon the strength to beat at all, but at least the pain in his arm was fading to numbness now. If he kept still, he could almost forget the angry, red gouge where the blade had caught him, slicing through skin and muscle and tendon. If he didn’t move at all, scarcely allowing himself to breathe, in fact, he could forget almost everything.

The rustle of leaves overhead had already faded to a dull murmur and the light behind his eyelids was dimming, narrowing around the edges like a tunnel collapsing in on itself, enveloping him in darkness.

Something prodded his neck and he prised his eyelids open again. It was the woman, the blunt edge of her spear nudging lightly against his skin. What did she want? Was she threatening him? If she was, then she didn’t need to. At that moment he couldn’t have put up a fight with a kitten.

The very air felt heavy, pinning him to the ground as if there were a fallen tree lying across his chest. He was going to die whether she impaled him or not and he wasn’t going to protest either way. Perhaps it was best that she went ahead and put him out of his misery quickly. He would have failed his brothers—again—but at least it would have been while trying to fulfil his oath.

He curled the fingers of his good arm around the hilt of his sword, Bitterblade, determined to die like a warrior even if he couldn’t fight back, but the woman didn’t move as much as a muscle. As far as he could tell, she didn’t even blink. He felt a flicker of unease, wondering if she were some figment of his imagination or apparition. She looked like one, her narrow, expressionless face streaked with grey smudges while her hair tumbled in such wild, half-braided, half-loose disarray that it resembled a cloak of golden hay around her shoulders. She was a lot like a spear herself, he thought, sleek and slender with a flat chest and shoulders the same width as her hips, though he hated himself for noticing. Apparently it was true what Rurik had always said: Danr would still be looking at women on his deathbed… Well, here he was on it now, though perhaps it was only fitting. A woman had brought him into the world, albeit reluctantly, and now a woman was going to take him out of it. It would be a fitting revenge for all the ones he’d known and discarded in between.

He waited, feeling increasingly uneasy beneath her silent scrutiny. Even from where he lay on the ground he could see that her eyes were pale and striking, like oyster pearls, mirroring the sky behind her head, an iridescent grey speckled with flakes of silver that looked a lot like…snow?

Somehow he dragged a laugh up out of his chest. This was truly the end, then. He hadn’t even realised that it was cold enough—or late enough in the year—for snow, though now he thought about it he could see whispery coils of air emerging from his mouth. From hers, too, which at least proved she was a real flesh-and-blood woman, no matter how spectral she seemed. Snow was filling the air all around them, covering his broken and bloodied body in a gauzy white layer. After everything that he and his brothers had gone through, after they’d travelled so far and fought so many enemies from Maerr to Eireann to Constantinople to Alba, now he was going to die here in a forest all on his own and be buried in snow. His body would probably lie where it was for months, encased in ice, refusing to rot away until spring. Maybe Hilda would be the one to eventually find him and know that she’d won.

He gave a grunt of disgust and then froze, the hairs on the back of his neck rising at the sound of an answering growl. With an effort he lifted his head, his already pounding heartbeat redoubling in speed at the sight of a wolf—no, two wolves—stalking through the undergrowth towards him, their teeth bared in twin snarls, no doubt drawn by the scent of his blood.

Quickly he shifted his gaze back to the woman, trying to convey a warning with his eyes since his throat was too dry to speak, but she appeared not to notice, her expression unreadable as the wolves came to stand on either side of her like a pair of dark sentinels. Maybe she really was an apparition after all, Danr thought with a shudder, an unforgiving ice maiden like the ones of which his mother had told him and Rurik as boys, a supernatural force able to control the animals of the forest as well as the elements. If she were, then he was entirely at her mercy. She could do whatever she wanted and there was nothing he could do to stop her.

He swallowed, waiting for her to decide his fate. At least a spear would be quick, whereas being torn apart by wolves… Surely not even he deserved that?

He dropped his head back to the ground and closed his eyes for a few seconds, feeling the kiss of cold flakes on his lids and lashes, but when he opened them again she was gone and the wolves were nowhere to be seen. All he could see was snow.

Add Redeeming Her Viking Warrior to your ‘to-read’ list on 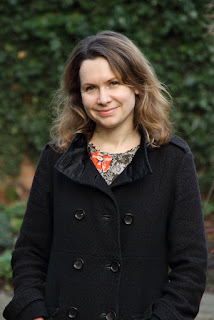 Jenni Fletcher was born in Scotland and now lives in Yorkshire, where she writes historical romance novels from the Roman to Victorian eras. She studied English at Cambridge University before doing a PhD on Edwardian literature at Hull. She then worked in a variety of administrative jobs while trying to finish her first book, which was rejected. Fortunately, she then wrote another, which was accepted by Harlequin Mills & Boon

She teaches Creative Writing at Bishop Grosseteste University and has been nominated for 4 RoNA awards (for Historical and Short Fiction), and won the Libertà Award for Short Romantic Fiction in 2020. Her favourite Jane Austen novel is Persuasion and her favourite Brontë is Anne. If she had to choose a romantic hero it would be John Thornton, possibly just because she’s Northern.