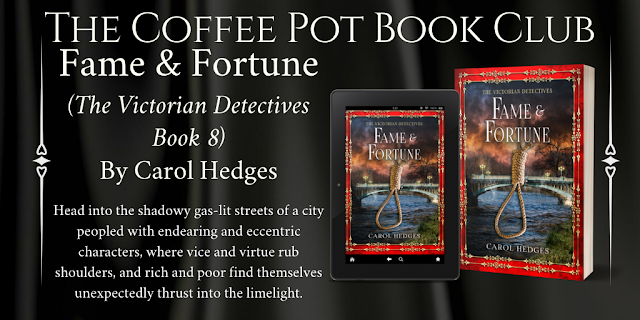 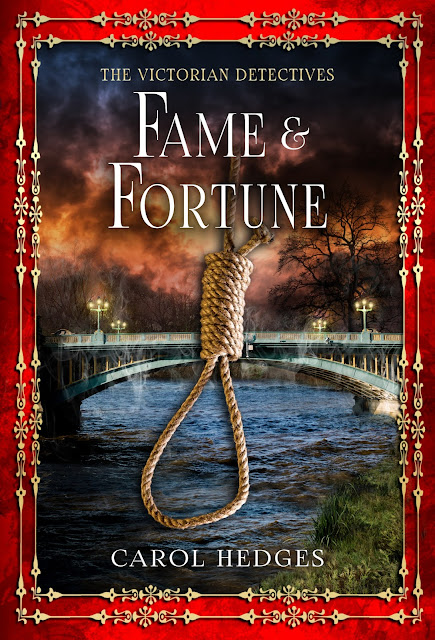 When the body of a man is discovered hanging from a Thames bridge, Detectives Greig and Cully, two of Scotland Yard's finest crime-solvers, are called in to investigate the mysterious circumstances of his death. Their inquiry will lead them into a world of extortion, robbery and human trafficking, and at its centre, the Black brothers, Munro and Herbert, London's most evil and ruthless individuals, who will stop at nothing to keep their position at the top of London's criminal underworld.

The eighth outing for the Victorian Detectives entices the reader once more along the shadowy gas-lit streets of a city peopled with endearing and eccentric characters, where vice and virtue rub shoulders, and rich and poor find themselves unexpectedly thrust into the limelight.

London, 1867. It is midnight, and a cold, damp autumn wind is sulking around the brick chimneypots. Above, the star-studded sky is barely visible beyond the yellow flicker of gas lamps. A man stumbles along one of the streets leading down to the river. He is being supported by two other men, who hold him firmly by his arms. To the night-constables, sheltering in a doorway and sharing a smoke, it looks as if he has had too much to drink, and is being escorted home by a couple of companions, or perhaps some drinking associates.

This is not what is happening.

The man experiences a sense of unreality. He cannot feel his feet, nor the pavement beneath them. He doesn’t struggle or try to escape. He is a survivor, so he guesses that something has been put in his drink earlier in the evening to render him docile and compliant. Mind, he does not remember much of what happened earlier, but he knows with the part of his brain that is still functioning, that this is going to end very badly. The two men stop. A blindfold is placed around his eyes. They walk on. Then stop once more.

The air feels different now, closer, denser. He has the sensation of standing beneath some sort of big overarching structure. A bridge? He is propelled forward. He hears carriage wheels and the clip-clop of hooves passing overhead. He hears water lapping against wooden stanchions close by.

These will be the last things that he hears.

A few hours later, a group of returning revellers will stagger home along the riverside path. They will pass under the bridge, where they will see what looks like a strange shape swinging from a length of rope. It is only when one of the revellers, egged on by his friends, climbs the wooden scaffolding that has been erected as part of the bridge’s renovations, that it becomes suddenly and horrifyingly clear exactly what the swinging shape is.

The morning starts off drizzly, but as Detective Inspector Lachlan Greig and the officers carrying a stretcher make their way to the foot of the bridge, it brightens, so that by the time they get there, a pale wash of sunlight lies over the river, turning it into lemon-coloured slices.

The body lies on the path, just below the bridge. A couple of constables are engaged in holding back the gawping spectators. A third stands guard over the body. A line of onlookers leans over the bridge. There is a murmur of anticipation as the tall broad-shouldered detective and his men arrive on the scene. The body guard hurries towards them, a self-important expression on his face.

“We took the liberty of cutting him down,” he says, indicating the body, which is covered in a large sack. “Don’t want to alarm the ladies.”

Judging by the faces of the crowd, alarm is the last thing they are worried about. Greig stares down at the sack. He reads the words Art. Dollimore, Coal Merchant Suppliers, London City Wharf. Business & Domestic. The sack appears to be brand new. The top of a man’s head can just be seen protruding. He finds himself mesmerised by the words. Where on earth did they find a brand new coal sack at short notice?

“What can you tell me?” he asks, getting out his notebook.

“Suicide,” the constable says with a knowing air. “I warned them at the time: unattended scaffolding like this is an open invitation, I said. Should have put a guard on it, I said. Or some lights. And now look what’s happened,” he gestures towards the sack. “A man in the prime of life climbs up the scaffolding and throws himself off. Somebody’s going to have to answer for it, you mark my words, sir.”

Detective Inspector Greig motions to his men to transfer the body to the stretcher. The crowd on the bridge leans over to better see what is happening. Their expressions are eagerly hopeful. It reminds Greig of a picture he once saw of the crowd at a Roman gladiatorial contest. He hears the usual shouts of ‘Was it the Fenians?’ He ignores them.

“Can you show me exactly where the body was found?” he requests.

The constable leads him to the mouth of the archway and points upwards. “Just there. A-hanging from the top scaffolding pole. Group of men coming back from the King’s Head spotted him,” he says, folding his arms. “Soon as we were alerted, we rushed straight here. I made an assessment of the situation and had the body cut down. I checked his pockets, but there was nothing there ~ see, that’s a sure sign he wasn’t intending to go home. Suicide, like I said.”

His air of self-importance is grating. Greig tries to focus on the facts rather than the interpretation he is being offered. He is not buying the suicide theory. There are easier and far more effective ways to do away with oneself than climbing up rickety scaffolding on a dark night, attaching the end of a rope to a slippery pole and jumping, he thinks. And as for the lack of personal possessions, that could mean anything. He sometimes left his lodgings with nothing more than the price of a drink in his pocket.

He studies the ground. It is a blur of muddy footprints. Unfortunately, the constable, in making a decision way above his pay grade or intellectual ability, has now effectively eliminated any prints that might have provided a clue as to how this man really met his end.

“You writing all this down?” the self-designated expert inquires. “Will you be wanting me to submit a report to Scotland Yard?”

Greig indicates that this will not be necessary, as he believes he has mastered the salient points of the matter. The constable looks disappointed. Greig nods his unfelt thanks, and prepares to follow his men back to Scotland Yard. The sun has now disappeared behind a cloud, leaving the customary smell of decay and rot. A sailing barge is making its way upriver. In its wake, gulls swoop and cry. Greig recalls that they are supposed to contain the souls of the dead. A melancholy thought. It stays with him on the return journey. 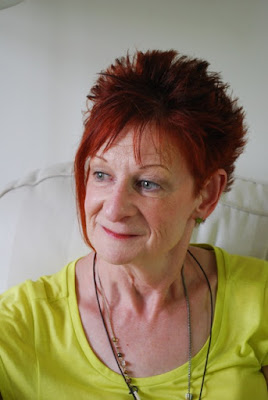 Carol Hedges is the successful UK writer of 18 books for Teenagers/Young Adults and Adults. Her writing has received much critical acclaim, and her novel Jigsaw was long-listed for the Carnegie Medal. Her YA ebook Jigsaw Pieces, which deals unflinchingly with many of the problems that beset today's teens, is available on Amazon as is her YA Dystopic Fantasy The Last Virus.

Carol is also the writer of 'The Victorian Detectives' ~ a series of adult historical novels set in 1860s London and featuring Detective Inspector Leo Stride and his side-kick Detective Sergeant Jack Cully.

Carol Hedges lives in Hertfordshire with a tortie-siamese cat called Halley and a lot of pond fish. When not writing/sleeping/trying to resist cake, she tutors A level and GCSE English Literature. She campaigns as chair of a local action group to save a community urban green space from possible development. She also minds her two grandchildren, one of whom is the star of the Award Winning series of blogs: The Adventures of L-Plate Gran.