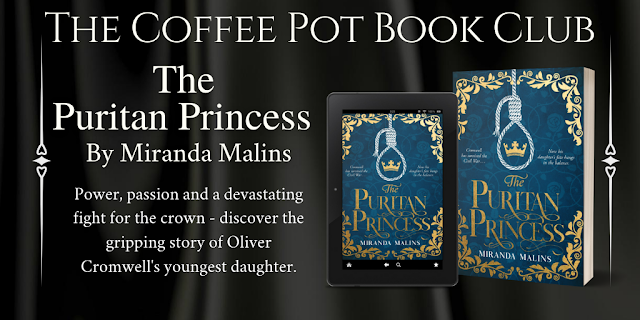 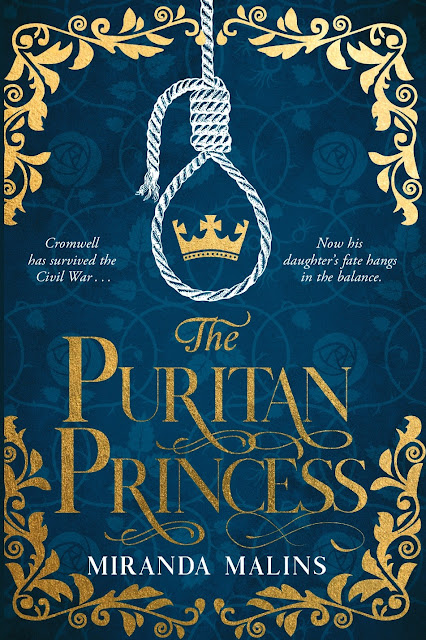 The youngest daughter of Oliver Cromwell, eighteen-year-old Frances is finding her place at England's new centre of power.

Following the turmoil of Civil War, a fragile sense of stability has returned to the country. Her father has risen to the unprecedented position of Lord Protector of the Commonwealth, and Frances has found herself transported from her humble childhood home to the sumptuous palaces of Hampton Court and Whitehall, where she dreams of romance.

But after an assassination attempt on the Cromwell family, Frances realises the precarious danger of her position - and when her father is officially offered the crown, Frances' fate becomes a matter of diplomatic and dynastic importance.

Trapped in the web of court intrigue, Frances must make a choice. Allow herself to be a political pawn, or use her new status to take control - of her own future, and of her country's...

We stand together, shoulder to shoulder, skirt to skirt, like a chain of paper dolls, come to see our father's execution.

Our hoods are pulled low over our faces although, in truth, few in the crowd would recognise us without our finery: we grace no coins, no medals or prints, and it is hardly likely any of them would have seen our portraits hanging, as they had, in the palaces of Whitehall and Hampton Court.

A frosted blast of wind whips around my cloak and sends the three nooses hanging from the gallows before me swinging as if the condemned men already danced their deaths. I stare at the gibbet in blank horror. It is a terrible thing, vast and three-sided like a triangle, designed, Father once told me, to hold twenty-four souls at a time.

‘Why did it have to be here?’ I speak sideways to my sisters. It is somehow worse, much worse, that it is happening at Tyburn, the dirty, eerie crossroads outside London where they hang common felons: highwaymen, thieves, murderers. ‘Parliament settled on treason as the crime, so it should have been the Tower.’

‘They wish to make a point, I suppose,’ Mary answers. ‘Some warning against men rising so far above their station.’

Fear creeps up my back like a spider and I feel it crawl along my arm and onto Mary’s. She shivers against me.

Mary stiffens. ‘We were right to come, Frances. Father would want us to be here; we were his soldiers too.’

Her words conjure images of the russet-coated Ironsides of the old days and, as I watch them march through the air, I am surprised again by the resolve Mary has shown in these past days; it used to be me who was the brave one.

‘We are here for Henry too,’ Bridget says quietly on my other side, her voice breaking over his name.

And that is when we hear them coming. A slow drumbeat parts the crowds and a dragging, catching sound behind it takes me back instantly to my early childhood when the boys drove the ploughs up and down the marshy fields outside Ely. But this is no plough. I know, without turning, that it is a hurdle, a great gnarled gate on which the horses have drawn the prisoners all the way along Holborn; a strange route to take from Westminster Abbey but, once again, symbolic – a final pretence that the men had come not from the sanctified chapel of kings but from Newgate prison, as most come to Tyburn.

The crowd begins to swell forward, nudging us closer to the scaffold. I smile in the sudden memory of what my brother-in-law Charles had reported Father saying to General Lambert, the day their great army marched north to fight the Scots. There, upon Lambert remarking on the cheering, massing throng waving and wishing them success, Father had quipped that the crowd would be as noisy to see him hang.

How right he was.

But as I peer from beneath my hood at the faces around me, I realise that Father was only partly right. As many are here to see him hanged, it is true, but they are not cheering and bustling as they had been to see him lead his army. Nor are they laughing, drinking and pinching each other with the holiday mood that I understand usually accompanies public hangings. They are solemn, watchful, nervous.

For this is no ordinary execution. This crowd has come to witness something grotesque; an act outside the conventions of normal society, a violation of God’s law, a performance of pure, visceral vengeance by their so-called ‘merry monarch’. This would be a traitor’s death for men beyond the reach of the law, beyond the reach even of the king; a second death for men already with God.

For these prisoners are already dead.

They are not living men that the hangman and his assistants now unstrap from the hurdle and haul upright to stand, propped awkwardly beneath each noose, wrapped in their death shrouds. They are corpses, disturbed from their consecrated sleep, taken from their allotted square of earth. Robbed from their Christian graves.

And Father, Lord Protector of the Commonwealth, Oliver Cromwell.

At the sight of Henry, Bridget’s hand creeps into mine and I think how, though she had taken a long time to accept Henry as a suitor, she had grown to love him deeply. Something in the gesture – in the childlike feel of her small hand in mine; her, my big, brave sister, so much older than me, so strong, so sure of herself and of her nearness to God – breaks me.

‘Father!’ I blurt out the word though I know better. ‘Our Father…’ Louder now. Heads turn towards us.

Mary seizes my hands and bows her head: ‘Our Father which art in heaven, hallowed be thy name, thy kingdom come…’

I remember myself and mumble along with her. The heads turn back to the gallows.

I watch, cold tears tumbling down my cheeks, as the hooded bodies are strung up with a great fanfare and a proclamation condemning the traitors is read to the crowd, the wind whisking the words away from all but those closest to the steps. The accused men cannot stand on stools to await their fate, of course, neither can they be hanged without their shrouds for risk of their bodies disintegrating on the scaffold. And so the swaddled, decaying bodies are hoisted up instead to swing aimlessly in the air, no kicking and jerking convulsing their shapes but instead a still, almost serene acceptance.

They are not there, I tell myself. They are with God. No-one can hurt Father now.

We stand there for hours, numb from the cold, until with the winter sun slipping towards the horizon they are cut down, falling with a dull, muffled thud onto the ground below. With the corpses at his feet, the executioner draws a huge axe from beneath the straw and instinctively the crowd pulls forward for a closer look. Still in their green-moulded death shrouds, the men are arranged like animals on a slab before a butcher. The executioner paces before the bodies, tilting his head to examine the angles and cuts which would produce the best joints. Satisfied and with a last stretch and cricking of his neck and shoulders, he sets to work.

The heads are struck off first, the swaddling grave clothes dulling the axe’s impact so that it takes eight violent attempts to hack off Father’s head, almost as many to remove Henry’s; each blow followed by a gasp from the crowd. The executioner holds each head aloft, not bothering to keep them at arm’s length, certain for once that no fresh blood will fall on his jacket. His assistants join in then and toes and fingers are attacked next, those nearest to the scaffold scrabbling forward for a grisly souvenir. Bridget grips my fingers with her own and we lace our bones together fiercely as if, by this, we can counteract the dismembering playing out before our eyes.

When, at last, the butchers grow bored by their labours, the three headless trunks are thrown unceremoniously into a deep pit on one side of the gallows, dropping through the air to land on top of one another with a hideous muffled thump like sacks of flour thrown down from a mill-loft. The heads remain above ground, spirited into a bag from which they will no doubt be taken to sit atop spikes in the time-honoured way. I watch in horror as the distance between the heads and bodies grows. I have been told that the old king was made whole again after his head was struck off: that it was carefully sewn back onto his body before it was lowered into the holy crypt of the chapel at Windsor castle. There will be no such happy fate for our beloveds, forced to spend eternity headless in an unmarked pit of thieves and murderers.

I can look no more, turning my eyes instead on the men, women and children pressed around me. Each face is caught, fixed in a moment of horror like a smashed clock. Could there be one among them who is not thinking of the moment on this same day twelve years ago when the traitor king’s head had been held out above the scaffold at Whitehall? Mary and I had not been told of it for months. We were mere children and a conspiracy of silence attempted to keep us that way; broadsheets were hidden, letters thrust hastily into pockets and servants hushed. I look across at Bridget. She had known of course – she had been a new bride then, starting her family with Henry. She had been in the gallery at the king’s trial and Henry had signed the death warrant; ninth on the vellum. Bradshaw first. Father third.

I close my eyes and savour the silence. When men come to write of this – the chroniclers, the gossips, the hacks and government newsmen who even now press against the scaffold, notes and pens in hand – they will say how the people cheered to see Old Noll, the great usurper, strung up and cut down to size; how justice was done and how God smiled on this day.

But we will know the truth. We are here too.

The Puritan Princess (Orion Fiction) is out now in all bookshops available in hardback, ebook and audiobook. The paperback will be released in February 2021 with a prequel to follow soon after. 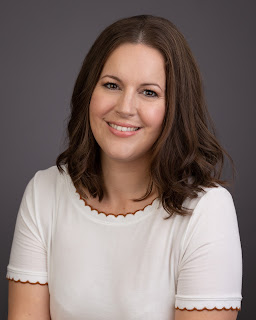 Miranda is a writer and historian specialising in the history of Oliver Cromwell, his family and the politics of the Interregnum period following the Civil War. She studied at Cambridge University, leaving with a PhD, and continues to speak at conferences and publish journal articles and book reviews. She also enjoys being a Trustee of the Cromwell Association. Alongside this, Miranda works as a commercial solicitor in the City and began writing historical novels on maternity leave. She lives in Hampshire with her husband, young sons and cat Keats.