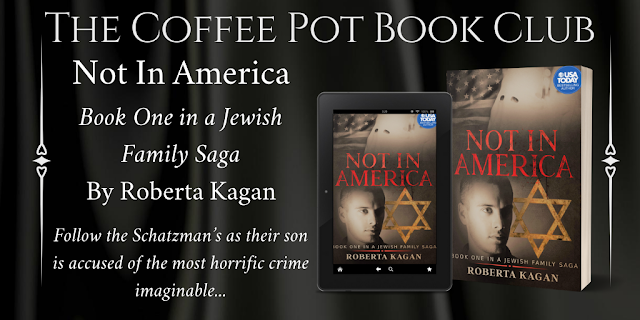 Book One in a Jewish Family Saga 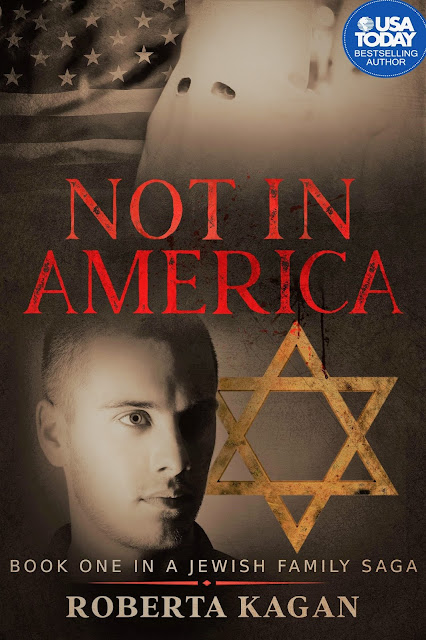 “Jews drink the blood of Christian babies. They use it for their rituals. They are evil and they consort with the devil.” These words rang out in 1928 in a small town in upstate New York when little four-year-old Evelyn Wilson went missing. A horrible witch hunt ensued that was based on a terrible folk tale known as the blood libel.

Follow the Schatzman’s as their son is accused of the most horrific crime imaginable. This accusation destroys their family and sends their mother and sister on a journey home to Berlin just as the Nazi’s are about to come to power.

Not in America is based on true events. However, the author has taken license in her work, creating a what if tale that could easily have been true.

Imagine, if you will, that you have boarded a time capsule, and it has transported you to a time and place where life was simpler, where the neighborhood children chased fireflies until well after dark, and folks never locked their doors. It’s the late 1920s, and violent crime is unheard of in this small, fictitious town that lies stretched along the Saint Lawrence Seaway in Upstate New York.  This quaint little village lies huddled under elms and weeping willow trees far from the sins of the big city.

Let us give this little town a name. Let us call her Medina, with her tree-lined streets, white-wood farmhouses, and heavily scented rosebushes, was divided into two distinct and very different sectors. The larger of the two areas was populated by hardworking folks, most of whom were employed at the local factories. Now, although it wasn’t discussed very much, it was  true that some of these folks in that very sector belonged to a mean-spirited group known as the KKK, but the KKK kept to themselves, so no one paid much attention.

On the other side of Medina was the smaller section.  It was only a few streets away, but once you passed the corner of Main Street, where the synagogue stood, with two stained-glass windows and a large wooden door, you knew you’d entered the Jewish part of town. On Friday nights and on Jewish holidays one might hear the lovely baritone sound of the cantor coming from inside the temple.  The people who made their homes here were primarily Jewish immigrants, who were business owners and professionals.

Although there was always an awareness on both sides that an invisible line lay between them that must never be crossed, these two very different groups of people had lived side by side for centuries without much trouble.  They even frequented each other’s sectors, and often spoke courteously to one another.  Sometimes the non-Jewish housewives bought bread at the Jewish bakery or had their shoes fixed by the Jewish cobbler.  The Jewish families sometimes ventured to the other side to visit a movie theater or a museum. And . . . all was well. At least until it wasn’t.

One day something happened . . . something  that rocked that little village like an earthquake . . . something that sent shock waves through the Jewish people who had built their lives in that small, comfortable, protected town, making them realize that even in America, where the streets were surely paved in gold,  they must never take their safety for granted. Even here, hatred for God’s chosen people lay buried right beneath the oak tree in the village square.  And in the time it takes for lightning to flash down from the sky, everything they’d spent their lives building, could be consumed by flames. But this couldn’t happen . . . not in America . . . could it?

Add Not in America to your ‘to-read’ list on 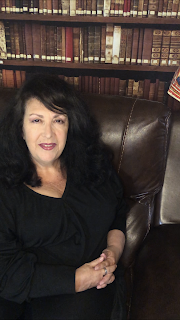 When I was a child my mother kept a black suitcase in our basement. She forbade me to look inside. Of course, as we all know the way to spark a child's curiosity is to tell them they are forbidden to do or see a particular thing. One afternoon when my mother was out, I raced downstairs. Nobody was around so I opened the suitcase. Inside I found pictures and letters in a foreign language. Later that night I asked my mother what all of it meant. She told me that she was trying to protect me by keeping the suitcase out of my reach, but since I'd found it I might as well know that she and my father both lost their entire extended families in the Holocaust. So began my obsession with the Nazi occupation of Eastern Europe. Being that my father was Romany and my mother was Jewish, I had many aspects to research and much to learn. Finally, many years later...I wrote my first novel. It is set in this period. It comes to you, along with all of my work, from my heart, with love and hopes that someday there will be understanding and tolerance among all peoples. I thank you so much for your interest in my writing.

Love, Blessings, Good Fortune, and as the Gypsies say Good Road to all of you,