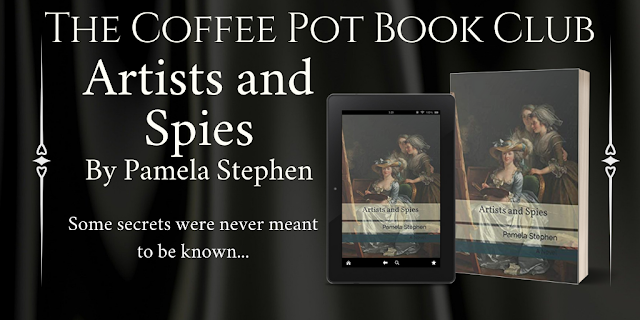 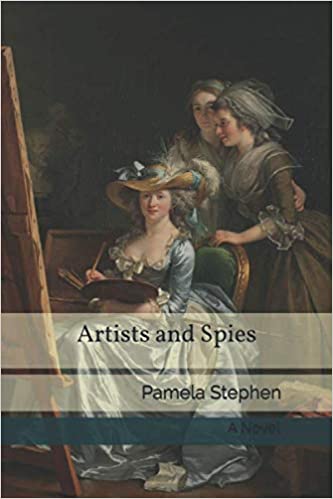 Artists and Spies is the story of Charlotte Le Juge du Coudray, stepdaughter of acclaimed 18th century Catalan artist Hyacinthe Rigaud.  The tale imagines the life of former nun, Charlotte, a woman who discovers the family secret she was never supposed to know. She is changed forever by that knowledge, and works hard to become a female artist in a man’s world. With her household of trusted servants, she has a challenging quest for true recognition of her talents.  But when a member of her staff engages in covert activity, she cannot know what dangerous repercussions there could be for them all.

‘Painting contains a divine force which not only makes absent men present, as friendship is said to do, but moreover makes the dead seem almost alive. Even after many centuries they are recognised with great pleasure and with great admiration for the painter.’

Brushing down her habit, and descending from the coach that day, Charlotte Le Juge du Coudray felt a sense of anxiety. She wondered what she would find at her stepfather's home. Reading between the lines of his servants’ letters, she could detect the Duponts’ concern for him. The old couple had remained in the establishment alone with him, and tending to his needs, had outlasted the cook, the footmen and all the staff of his once bustling studio. The studio had shut first, her stepfather deciding to work alone whenever he needed a respite from the care of his sick wife. She had been ill for several years and throughout that time there had been a gradual diminution of their public and private lives until the world revolved around her sickbed and his careful attention of her, his beloved. The household had reduced as the need to entertain clients and colleagues disappeared. Still throughout those days, the loyal pair of servants struggled on, writing to her of his growing infirmity, of her mother's illness and the burden of their work. The huge Paris house was largely empty, full of memory and echoes. The studio itself had not been used by her stepfather since her mother’s death eight months before. The dim hallway, which had once been a noisy busy hub, was quiet.

Charlotte had been shocked to receive the message that he was unwell. Her life at the convent had separated her from the everyday world, and now it intruded in a way which had brought her to the present suddenly. Her stepfather was very elderly and Charlotte had na¬ïvely thought that he would go on and on. It had not occurred to her that his death was an inevitable consequence of the loss of his wife. So she had allowed time to drift. And he had been too proud to ask for her until now.

He asked the servants to write, probably suspecting that they were in regular contact already. She could no longer remain at the convent in good conscience. He was apparently beside himself with grief, and Madame Dupont was quite frightened by his outbursts. Even though she had been unwell for a considerable time, Madame Rigaud's demise had been shocking for everyone around her; its effect on her stepfather had been profound and eight months on, Charlotte was really not prepared for the fragile old man she saw on her arrival.

She was shown into his study, the familiar room with its reminders of his past glory - his framed Order of St Michael, the Medici bronzes, the pair of Meissen parrots, the neat stack of reference books. He was sitting at his desk, with papers in a pile before him. The muddle of materials on its surface was quite uncharacteristic. She noticed how thin his hair had become, a lattice beneath which a shiny freckled surface was visible. He was concentrating on inking his quill, trying to steady it as it left the bronze well. His hands shook, but he set his jaw and grasped the writing instrument again, only to set it down when she made a slight noise to attract his attention.

‘Here you are,’ he remarked, as if they had last seen each other only minutes earlier.

‘I came at your message,’ she replied, leaning over to kiss him.

She sat in the chair opposite his desk.

‘Is Geoffroy with you?’ He peered at her carefully, and she realized that his precious sight might be failing him.

‘No, but he will be here shortly. How are you?’

‘Well enough,’ he said. ‘The days get no easier. Your mother is a comfort.’

She wondered then if his mind was not what it used to be, but he was gesturing to the Daulle engraving on the wall.

‘There she is, keeping one eye on me,’ he chuckled, and leaned forward ‘Of course the real woman is in the next room.’

A sense of horror came over her. He was obviously joking, but spoke as if they both knew she was nearby. Monsieur Dupont's letter had described him as wandering the rooms, apparently looking for something he had mislaid, frequently lifting covers, opening drawers. But this was more alarming. Was he aware that Mother had gone?

‘Come, let's look together.’ He stood up very slowly, moving from the seat to a crouch in one movement, then slowly upright, shuffling round the desk. She put out her arm for him to lean on and he took it; it was the first time she had ever supported him, and he seemed smaller and thinner than she remembered.

In the dining room, she realized she had misunderstood. There were many rectangular shadows on the Chinese wallpaper, where her stepfather's pictures had hung, but centrally over the mantel, in place of the gilded scrolled mirror which had once blazed with the reflected light from ornate girandoles, was a self-portrait that she had only seen before as an engraving. In the composition, her mother's picture stood on an easel and he had depicted himself in the very moment of completing his wife's likeness. Tears came to her and she looked at the carpet, hoping to keep her reaction from distressing him.

‘Yes,’ he said. ‘I talk to her frequently. She scolds me for this and that. But I'll be with her soon, and we can have a good argument, just as in the past.’ 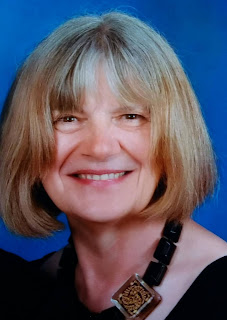 Pamela Stephen lives in Lincolnshire with her husband.  She retired from teaching after more than thirty years in schools and colleges.  Her interests include Art History and Architecture.

She is the author of ‘Artists and Spies’ a novel about the life and work of a female artist in Georgian England.  She is currently working on her second historical novel set in the same period.