Have a sneak-peek between the covers of M. Sheehan's fabulous book — SkyView: Lord of the Wills #HistoricalFantasy #scific @skyviewseries 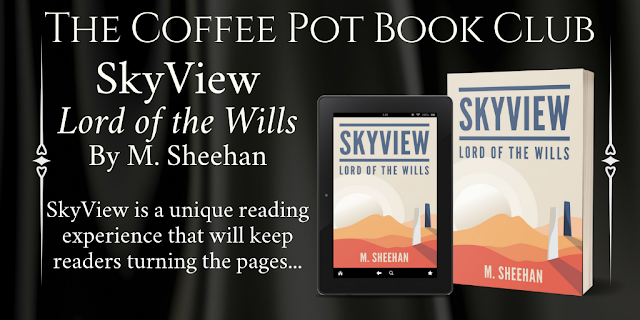 Lord of the Wills 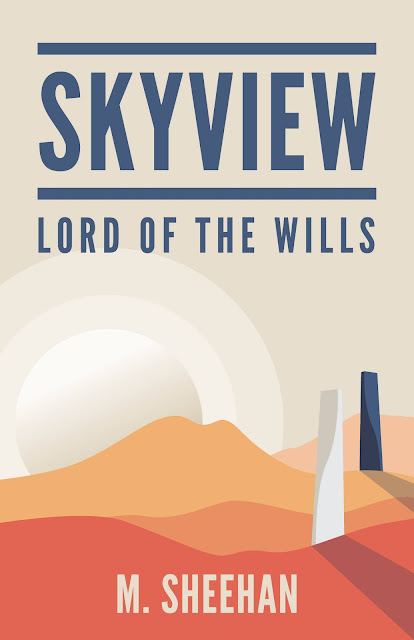 A unique perspective on history and time, SkyView draws readers into a seven-hundred-year struggle between good and evil. Eight family lines are on a quest to discover and control the family's centuries-old accumulation of wealth. William Ward, the twenty-first century heir to this wealth, is tasked with destroying the leader and heir of the evil line and ending the malice that has been thrust upon the world.
Guided by his uncle and protected by the six others with claims to the fortune, he embarks on a geographical and historical journey that reveals secrets, manipulations, and unbelievable connections. From the vantage point of SkyView, a jet with an Augmented Reality window and the capacity to digitally project history onto the landscape as it happened, William and his team desperately try to follow the fortune.
A brilliant combination of science fiction, historical fiction, and mystery, SkyView is a unique reading experience that will keep readers turning the pages.

“This has been comprehensively thought out. The author brings an almost Tolkien-like diligence...a wealth of intriguing ideas... An ambitious SF mystery…"

“Overall, I would recommend SkyView for fans of science fiction and historical crossovers, as this is a brilliantly conceptualized novel that doesn’t disappoint in its delivery.”

The ultimate realization is that if one holds the world’s knowledge, then one can shape its reality. You only need to see what others choose to ignore. There’s a very simple explanation to the history of this world and how we ended up here, a simplicity to all our triumphs and our malice. The truth to every major event, war, plague, famine, economic collapse, revolt, conspiracy is, well…simple. To bring this truth to light, first you must look at reality not as fact but as designed, as if somebody is shaping it, and then you will see that everything has gone as planned.

William didn’t set out to rule the world—the Spaniard did. The very idea of it never crossed his mind, but events seven hundred years in the making unfolded exactly as designed, which paved the way for the greatest of all feats. But as you will see, it ended up being quite brief, because as we all know, the world has a will of its own and is the greatest rebel of all!

The company William worked for, The Interlaken Beer Company, was having a party to celebrate seven hundred years of business. William had been working there in the summers since high school, when his father, Bill, offered him a student job. After graduating from college, he’d secured a full-time position with the company and had been working there for just over a year.

The party was quite the spectacle. Seven hundred years was an insane amount of time for a company to be around. After about an hour or so of mingling, all but the stage lights were dimmed, and the CEO, Jim Parkins, got up to speak.

“Good evening, friends. This is a wonderful night, and I’m honoured and delighted to be the CEO for this monumental achievement. As you know, we’re celebrating seven hundred years of successful business! From our humble beginnings as a brewery to our investments in various industries such as hotels, aerospace, oil and gas, renewables, health, and space exploration, we have always strived to be the best at whatever we do. And it’s all thanks to you, our loyal, devoted, hard-working team. Here’s to another seven hundred years!”

Jim raised his glass, looked into the eyes of as many employees as he could, and said, “Cheers! Enjoy your party.”

Throughout the evening, William talked with many of his co-workers. He was popular and treated well for his age. Although his father had helped him get the job, William was well qualified for it in his own right. In the background, a short film about the history of the company was playing on a loop, but the sound was off due to the music and dancing. In the middle of a conversation with Freddie, his research partner and friend, something on the screen caught William’s eye.

William was staring at the screen. “Sorry, Freddie, I could have sworn I saw my name as a founding member of Interlaken, the original name of the company.”

“That’s odd. Well, William Ward is a common name, or maybe he’s a very old relative. Has your dad ever mentioned him?”

Freddie had experienced a different up bringing than William…let’s just say it was a little rougher, and he left when he was eighteen. His father had tried to push him into being a policeman, but Freddie hated guns and violence and didn’t want to be around them all day.

“Not that I remember. I’m going to find him and ask. It would be cool if our family had been part of the company when it started,” William said, thoroughly intrigued.

William walked away before Freddie could say anything and went searching for his father. He spotted him on the balcony, enjoying the warm California air and talking with Ethan Ronald, the chairman of the board of directors. Ethan and William’s dad were friends who golfed together and socialized in each other’s homes, so William felt comfortable approaching them. William looked out at the ocean and politely waited for a break in the conversation. The water always put a smile on his face.

“Dad, did you know there was a William Ward who founded the original company back in 1318? Are we related to him in any way?”

“No, but the Ward name was quite common back then,” replied Bill unconvincingly.

“Are you sure, Bill?” Ethan quickly asked with a disappointed look.

The film was playing on random TVs throughout the room, and just after Bill gave Ethan a dirty look, they both looked at the window, where the film was being reflected. It had started over and began with a scene in modern-day Interlaken with a painting of eight men standing around barrels surrounded by mountains. The word annui, was engraved in the barrels. The film then dramatically zoomed in on each founder. William was third to the left.

With Ethan, Bill, and William staring at the reflection in the window, each member’s portrait popped up with their name and place of birth: Alvero Losada from Montesa, Spain; Huc del Verdier from Le Verdier, France; William Ward from London, England; who looked exactly like Bill; Finghin O’Sullivan from Cork, Ireland; Baernt Wassemoet from Alkmaar, Netherlands; Bligger von Steinach from Colonge, Germany; Hynek Kadaně from Kadan, Bohemia; and finally Eleutherios Thess from Thessalonica, Greece.

The paintings were of the men in there later years, likely when the company had found success. William’s dad was now forty-eight and looked just like William Ward in the painting. William had seen pictures of Bill when he was twenty-two, and he was startled to see how much William looked like the younger version of his dad. We must be related, William thought. Same name, similar look.

William began to feel connected, and this was the moment his life started to change. He’d seen all those portraits before near the main boardroom, but there had only been seven of them. No William Ward I. 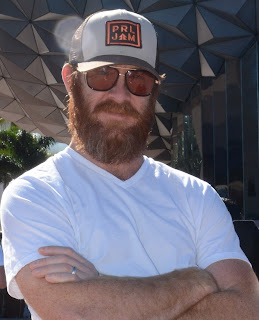 Murray Sheehan loves to tell a good story. In his first book, SkyView: Lord of the Wills he displays his storytelling abilities with creativity and flair.

Murray is married to Jennifer and has two children, Colten and Landen. He lives in Port Perry, Ontario, Canada. 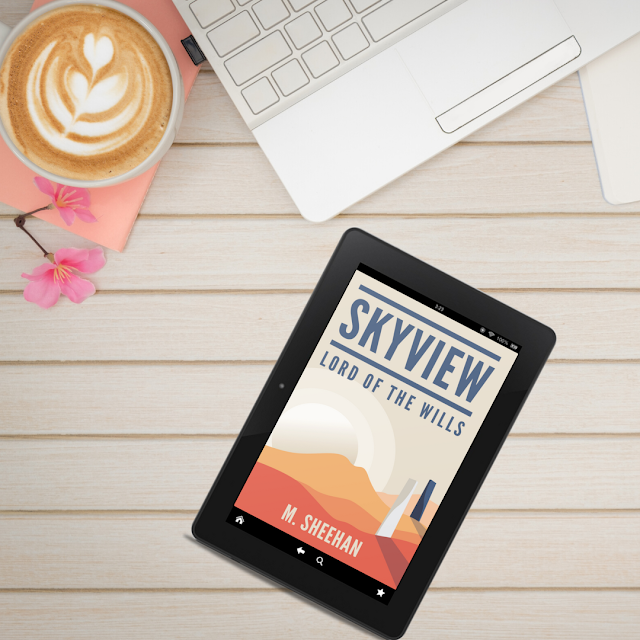