Welcome to Day #2 of the blog tour for His Castilian Hawk (The Castilian Saga, Book 1) by Anna Belfrage #BookReview #BlogTour #CoffeePotBookClub @abelfrageauthor @gwendalyn_books 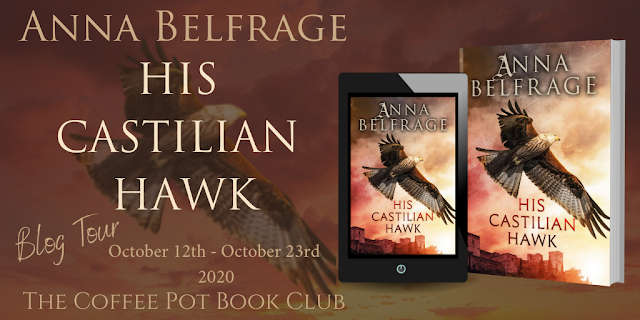 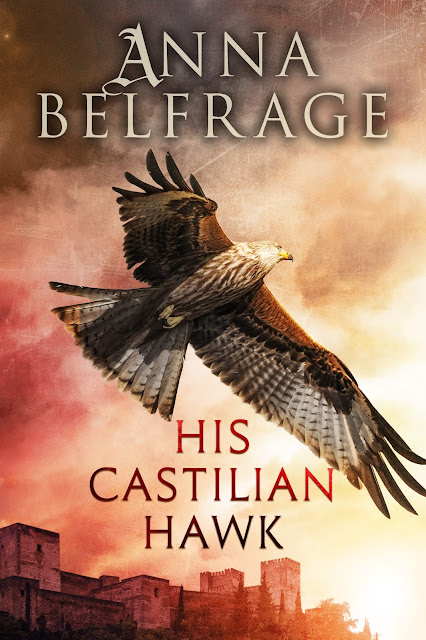 For bastard-born Robert FitzStephan, being given Eleanor d’Outremer in marriage is an honour. For Eleanor, this forced wedding is anything but a fairy tale.
Robert FitzStephan has served Edward Longshanks loyally since the age of twelve. Now he is riding with his king to once and for all bring Wales under English control.
Eleanor d’Outremer—Noor to family—lost her Castilian mother as a child and is left entirely alone when her father and brother are killed. When ordered to wed the unknown Robert FitzStephan, she has no choice but to comply.
Two strangers in a marriage bed is not easy. Things are further complicated by Noor’s blood-ties to the Welsh princes and by covetous Edith who has warmed Robert’s bed for years.
Robert’s new wife may be young and innocent, but he is soon to discover that not only is she spirited and proud, she is also brave. Because when Wales lies gasping and Edward I exacts terrible justice on the last prince and his children, Noor is determined to save at least one member of the House of Aberffraw from the English king.
Will years of ingrained service have Robert standing with his king or will he  follow his heart and protect his wife, his beautiful and fierce Castilian hawk?
Check out what Gwendalyn's Books has to say about His Castilian Hawk
Click HERE! 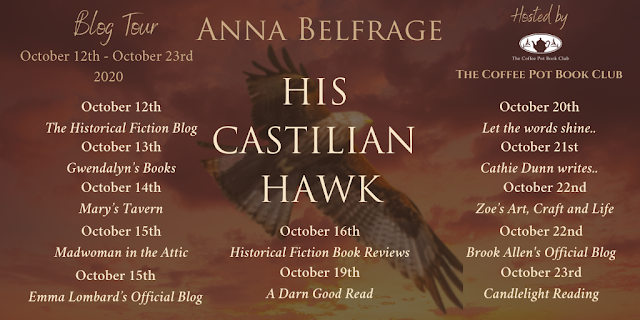