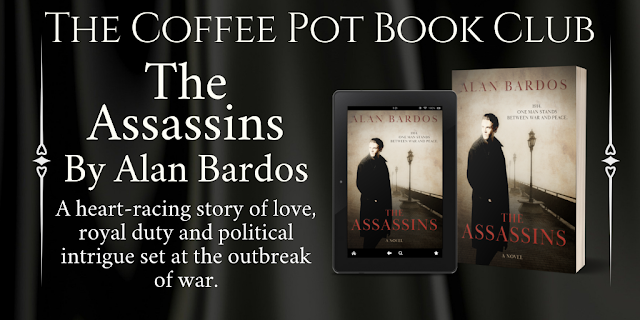 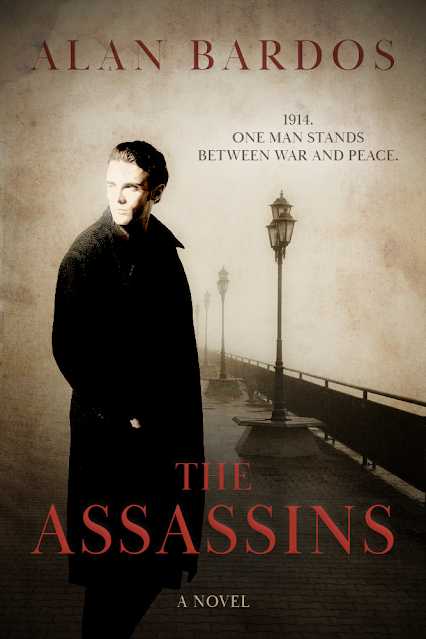 A heart-racing story of love, royal duty and political intrigue set at the outbreak of war.

Tensions are reaching boiling point in Europe and the threat of war is imminent.

Johnny Swift, a young and often brash diplomatic clerk employed by the British embassy is sent to infiltrate the ‘Young Bosnians’, a group of idealistic conspirators planning to murder Franz Ferdinand, the heir presumptive to the Austro-Hungarian throne, in a bid to liberate their country from the monarchy’s grip.

Johnny has been having an affair with his employer’s wife, Lady Elizabeth ‘Libby’ Smyth, and suspecting he’s being cuckolded, Sir George Smyth packs Johnny off on a mission to infiltrate the Young Bosnian cell with every confidence that that’s the last time he’ll be seeing his cocky young clerk.

But Johnny has a lot of living still to do and is not the type to embrace his ‘destiny’ when it starts to look like it will ultimately end in an untimely death.

In an action-packed thriller, the compelling and tragic story of the assassination of Archduke Franz Ferdinand, and his beloved wife ‘Sopherl’, Sophie, the Duchess of Hohenberg, in Sarajevo is played out against a backdrop of simmering international tensions that have world-changing political reverberations.

Praise for The Assassins

'Well worth it. A total fascination.'

‘Part historical fiction, part thriller and part love story, this is a compelling and entertaining read.’

Shaun Lewis, bestselling author of The Custom of the Trade

A woman next to Johnny brushed against his arm, obviously trying to attract his attention, which was par for the course as far as he was concerned. The idea that there was a woman impervious to his brash, physical charm, forged by the playing fields of England, was beyond his comprehension.

Johnny stood up to his full height of six foot. He was immensely proud of his build which combined the elegance and grace of a winger, with the strength of a front row prop. Almost out of instinct, rather than from any sense of desire for the woman, he tilted his head at an angle, showing off the fine line of his cheekbones. It was, he realised, his appeal to women that had got him into this mess.

He glanced across the casino and saw Lady Smyth, looking bored and annoyed, as she distanced herself from the rabble. Her sequined dress gave the impression of shooting stars bursting into showers of light, and Johnny thought that it bestowed a bearing and dignity on her which was way beyond her twenty one years. It would be bad enough for her to be in a place like this, he thought, but to be in a place like this and be losing must be intolerable.

La Fontaine d'Espoir was a down at heel, back alley gambling den, kept open by a nod and a wink. It was not the sort of establishment that Lady Smyth was used to, especially in comparison with the splendour and opulence she usually enjoyed in Vittel.

Johnny wondered if it was called The Fountain of Hope in reference to the town's famous spas or the despair of its patrons, who like Johnny, had well and truly fallen through the cracks by the time they'd made it there. The desperation in their eyes was blatant. He caught Lady Smyth's eye and looked away before she saw the same desperation in his own.

The woman next to Johnny was actually pressing against him now to get to the table, all modesty gone in her attempts to place her bets. Her future was also at stake - financial security or the streets. Johnny had seen many such women who'd lost their position in society and in dire need, would ply their trade in the slightly more up market brothels he'd patronised before...before he'd met Lady Smyth.

The last of his rash decisions had been to send her a telegram confirming their arrangement to meet at the spa; he'd needed to see her. She was the most daunting woman Johnny had ever known and if anyone could make him forget the trouble he was in, it was her. Lady Elizabeth Smyth could make him forget everything.

He pushed out his last stack of chips, doubling up his bet on nineteen again, and the croupier sent the ball spinning round with his customary smug sneer, which Johnny found particularly galling. They both knew he was on his last legs.

Captivated, Johnny watched the ball spinning around the wheel. He loved the way it dropped and flitted about the pockets, teasing and caressing his hopes and dreams, before finally landing in a pocket.

'Yes! Huzzah!' Johnny was shouting before he'd fully registered what had happened. 'Nineteen! It's actually, bloody-well landed on nineteen!'

That wiped the smug look off the croupier's face and he sullenly pushed a large stack of chips towards Johnny.

'Thank you. I think I'll call it a night, ' Johnny said, smirking. He hurriedly started picking up the chips, ignoring the piteous looks from the people around the table.

'Come on, Johnny - play up and play the game!' The crisp, precise voice of Lady Smyth was like cold steel. The jolt caused him to drop his chips. She'd pushed through the crowd and was standing over him. 'You've hardly broken the bank at Monte Carlo.'

'Aren't you bored with playing the inside, Johnny?' She always looked down on his success as slightly tasteless, believing that it wasn't the winning that counted but how boldly one played. 'Why don't you take a chance on the outside, for once?'

Lady Smyth's elegant, cat-like features formed a smile, her words a not so subtle reminder that he was an outsider. He might look the part, in her husband's old evening dress, but he wasn't quite the thing. Johnny gave in to his anger and pushed the chips back out onto the table.

The ball bounced and flicked about the wheel with all the mean-spirited flirting of a bored and frustrated debutante. Johnny had thrown everything on red. It seemed the most fitting. The ball bounced slowly to a stop and the croupier smirked for the last time. 'Noire.'

The crowd stared at Johnny. They knew what it meant and thanked whatever luck they had left that they weren't him.

Johnny pulled together the last shreds of dignity that his education had given him and addressed the crowd. 'I may have lost everything tonight, but as Sir Cecil Rhodes said: "I am an Englishman, so consequently have won first prize in the lottery of life." '

He bowed stiffly and guided Lady Smyth out into the foyer before she could goad him into making any more bets.

'You lose with such style, such vigour,' she purred. 'Oh, to show such superiority, such contempt for money!'

'Where there is disaster to be averted, I will bring catastrophe,' Johnny said glibly and then stepped outside.

The night air cleared Johnny's head and focused his mind. He'd won Lady Smyth's admiration at the expense of every penny he could get. He now owed over two and a half thousand pounds. Not a huge amount, in the grand scheme of things, and certainly not enough to break the bank at Monte Carlo, but it was enough to break him. The sheer scale of it staggered him, when he chose to think about it. 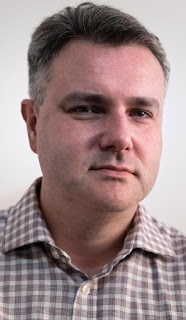 I am a graduate of the MA in TV Script Writing at De Montfort University, I also have a degree in Politics and History from Brunel University. Writing historical fiction combines the first great love of my life, making up stories, with the second, researching historical events and characters. I currently live in Oxfordshire with my wife… the other great love of my life.

Despite the amount of material that has been written about the twentieth century there is still a great deal of mystery and debate surrounding many of its events, which I explore in my historical fiction series using a certain amount of artistic license to fill in the gaps, while remaining historically accurate. The series will chronicle the first half of the twentieth century from the perspective of Johnny Swift, a disgraced and degenerate diplomat and soldier; starting with the pivotal event of the twentieth century, the Assassination of Archduke Franz Ferdinand, in ‘The Assassins’ an Amazon best seller. 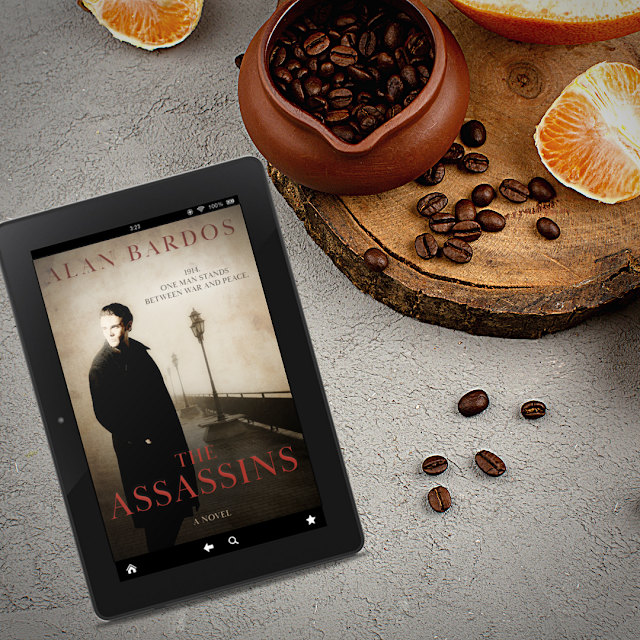