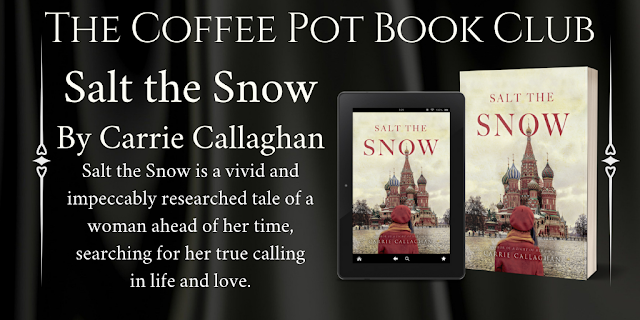 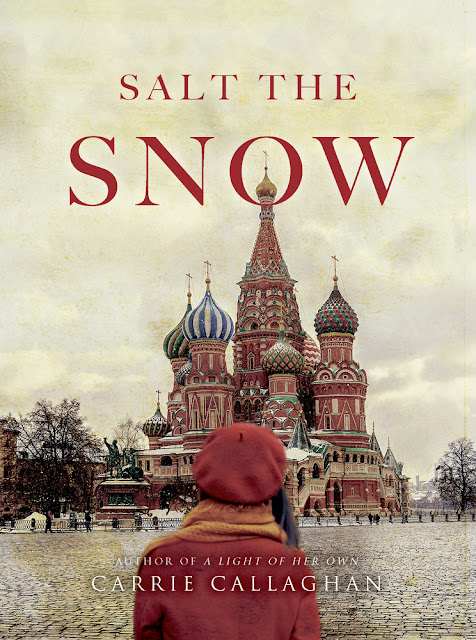 American journalist Milly Bennett has covered murders in San Francisco, fires in Hawaii, and a civil war in China, but 1930s Moscow presents her greatest challenge yet. When her young Russian husband is suddenly arrested by the secret police, Milly tries to get him released. But his arrest reveals both painful secrets about her marriage and hard truths about the Soviet state she has been working to serve. Disillusioned and pulled toward the front lines of a captivating new conflict, Milly must find a way to do the right thing for her husband, her conscience, and her heart. Salt the Snow is a vivid and impeccably researched tale of a woman ahead of her time, searching for her true calling in life and love.

Crammed into the back seat with two other reporters, Milly wished the chauffeur would drive faster.

Instead, the automobile slowed as it turned onto Pushechnaya Street. Outside, only a few lights blurred past, their glow amplified by the white snow piled high on the sidewalks. Inside the chauffeured Ford, the raucous voices seemed to get louder.

“Pipe down, you drunkards,” Milly said. She wasn’t nearly as tight as the rest of the group, though sure, she’d had a few dishes of vodka. “You’ll wake up the block.” If she was lucky, Zhenya would still be awake, waiting for her in the small room he shared with his mother. Not that she had any real hopes of getting a tumble out of him.

Seema, who was sitting between Milly and another American newspaperman who’d been at the party, reached over to ruffle the black frizz of Milly’s hair.

“All that glorious hair.” Seema giggled. Her own black hair was straightened and pulled into loose finger waves, prettier even than Josephine Baker’s.

“Old ladies like me have to have something to keep our spirits afloat.” Milly hoped she sounded more witty than self-pitying. It didn’t bother her to be thirty-seven; she just liked making cracks about it.

The chauffer pulled the Ford over to the curb.

“You’re lucky I put up with you rotten louts,” Milly said, then opened the door. The brutal Russian cold flooded into the car. She swung her legs carefully onto the icy street, stood, and snapped the door shut. Before she could tap a farewell on the window, the automobile rolled off.

She had her boots on, so she stepped right through a dip in the snowbank and onto the sidewalk. The cold burned her nose and made her glasses fog up, and yet there was still something beautiful about a Moscow night. As soon as the weather warmed, she and Zhenya would have to go for one of their nighttime walks again. It had been so long since they had, and by springtime he would have fewer opera rehearsals to occupy him. She cleared her glasses with the wool of her gloved fingertips.

There, parked a little way down from where she stood, was a black automobile. Milly’s breath caught. None of Zhenya’s neighbors owned a car—no ordinary Russian did. The Soviet Union was still learning how to make cars, and there weren’t enough imports to go around for anyone except the government. The light of the single streetlamp caressed the smooth curves of the Ford. A shiver even colder than the winter air drilled through her.

She hurried inside the building’s unlocked exterior door and shook the snow from her boots while the snoring of one of the first-floor residents droned down the hallway. Then she hurried up the flight of stairs to Zhenya’s floor. By the top, she was taking the steps a wobbly two at a time.

Then, when she reached the top, she froze.

Add Salt and Snow to your ‘to-read’ list on 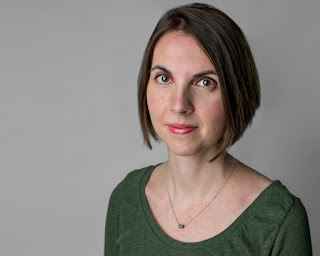 Carrie Callaghan is the author of the historical novels A Light of Her Own (2018) and Salt the Snow (2020). Her short stories have been published in multiple literary journals, and she is a senior editor with the Washington Independent Review of Books. She lives in Maryland with her family and three ridiculous cats. She loves seasons of all kinds, history, and tea.