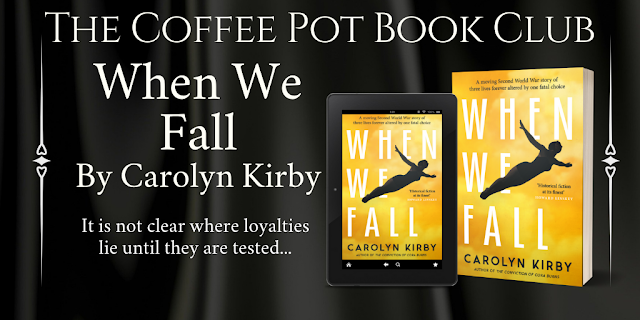 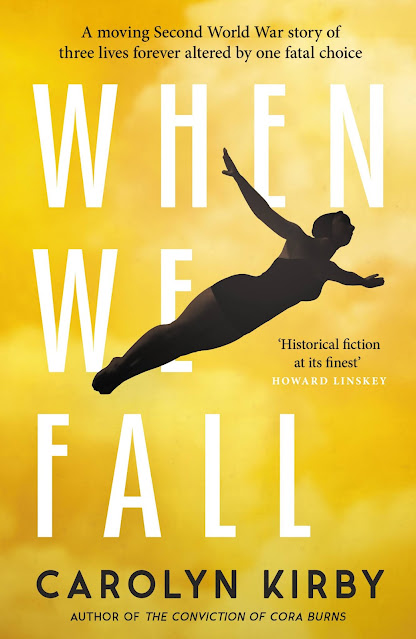 In England, sudden fog forces pilot Vee Katchatourian to make an emergency landing where she meets enigmatic RAF airman Stefan Bergel and then can't get him out of her mind. In occupied Poland, Ewa Hartman hosts German officers in her father's guest house whilst secretly gathering intelligence for the Polish resistance. Ewa is still mourning her lost lover, Stefan who was captured by the Soviets at the start of the war. But then one morning she sees him on the street near her home. Haunted by the terrible choice he made whilst in captivity, Stefan will ask both Vee and Ewa to help him expose one of the darkest secrets of the war. But it is not clear where anyone's loyalties lie until they are tested...

Vee steers the Tiger to a stop but lets the engine purr. On the roof of the control tower, inside a glass observation box, binoculars glint. They cannot, surely, object to her landing here. Anyone can get caught out by fog. She reaches down for the map and scans the jigsaw of green and blue for an aerodrome.

Then the Tiger rocks drunkenly to one side. An airman wearing a deflated life-vest has put his foot on the lower wing, weighing it down. His hand slices across his throat in a signal for Vee to cut the engine, but he is smiling. She reaches out to the switch beside the half-windscreen and flicks off the ignition. As the engine stutters into silence, she looks at the airman, and when his icily pale blue eyes meet hers, his smile collapses.

Colour washes from him.

Vee tenses and unease needles the back of her neck. That last stretch of water… it could not possibly have been the North Sea, could it? And that bomber beside the runway is surely a Bristol Blenheim, not a Junckers 88… Her eyes search around for a familiar red and blue roundel. And, of course, the RAF symbol is there on the Blenheim’s fuselage. How could she be anywhere except England?

She turns back to the airman and realises how long she has been all but holding her breath. Her voice comes out clipped and shrill.

‘Why bother lighting a flare path unless you’re expecting people to become lost?’

‘Yes.’ His smile strengthens. ‘You are right.’

‘And if you hadn’t told me to switch off the engine, you could have simply pointed me in the right direction and I would have got out of your way.’

‘But the sea fog is too heavy now for take-off.’

His accent is not strong but there is one, and she cannot quite place it. Could it really, somehow, be German? She hears her voice become brittle.

‘You seem rather reluctant to reveal our location.’

He laughs. The sound is reassuring as well as infuriating.

She looks back at the map and feels hotness in her face even though he can have no idea that she just imagined herself to have flown into Nazi-occupied Belgium. She hopes the airman might go away but he leans over her and points with a clean white finger. He must be a pilot; they can never resist a map.

‘We are here, see. Bradwell. Where did you come from?’

He nods sheepishly to one side indicating that they are even, now. But as she tries to look back at the map his eyes hold her. A dark ring around their paleness gives him a striking, foreign look. His smile grows warmer.

‘No, I am sorry. And I must give you something to make up for my bad joke. Tea, maybe?’

‘Please, just wait here for a short time. Believe me, half of one hour will change everything.’

He nods. ‘Cloud will soon disappear.’

Vee taps a finger on the buckle at her waist. He is probably right. And it would not be sensible to get even colder by sitting out here for half an hour. 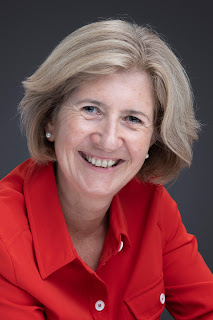 Carolyn Kirby is the author of two novels. The Conviction of Cora Burns was longlisted for the Historical Writers' Association Debut Crown Award 2019 and shortlisted for the Specsavers Debut Crime Fiction Award. When We Fall was chosen by The Times as historical fiction book of the month in May 2020 and was described by the Daily Mail as “…as terrific World War II novel.” Before becoming a full time writer, Carolyn worked in social housing and as a teacher.
Connect with Carolyn:
Website • Twitter.
Publication Date: 7th May 2020
Publisher: No Exit Press
Page Length: 320 Pages
Genre: Historical Thriller 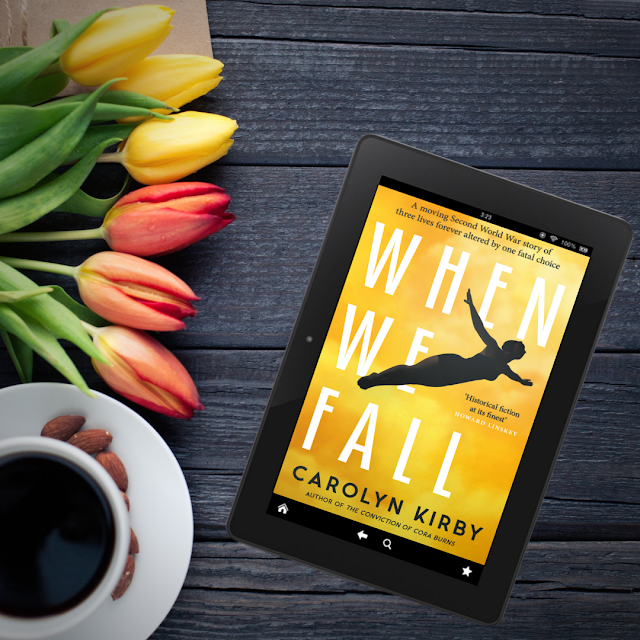