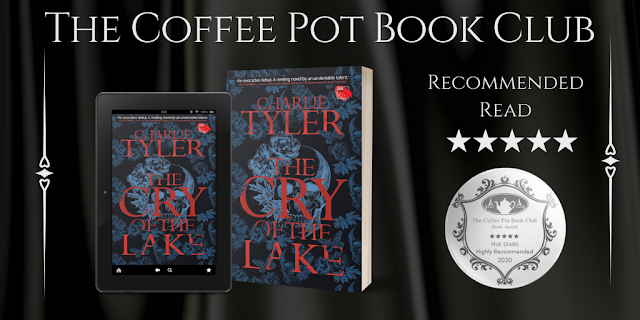 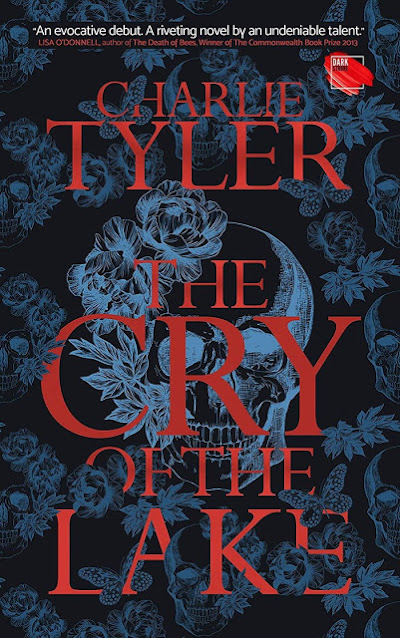 A gruesome discovery unravels a dark trail of murder and madness.A six-year-old girl sneaks out of bed to capture a mermaid but instead discovers a dead body. Terrified and unable to make sense of what she sees, she locks the vision deep inside her mind.Ten years later, Lily is introduced to the charismatic Flo and they become best friends. But Lily is guilt-ridden – she is hiding a terrible secret which has the power to destroy both their lives.When Flo’s father is accused of killing a schoolgirl, the horrors of Lily’s past come bubbling to the surface. Lily knows that, whatever the consequences, she has to make things right. She must go back to the events of her childhood and face what happened at the boat house all those years ago.Can Lily and Flo discover what is hiding in the murky waters of the lake before the killer strikes again?

“Once again, she was Emily and I was Cassie and, in that moment, I could hear my heart thudding. I didn’t want to go back there…”

Lilly had been a difficult child. A troubled child. A disruptive child. Now she survived on a concoction of medication to keep the dark thoughts away. But what no one knew was that Lilly was living in her own personal nightmare. It is a nightmare so unimaginable that it had robbed her of her voice.

The dream was always the same. It was always a mermaid — a beautiful face looking up at her from beneath the surface of the water. But there was something wrong with this mermaid. Something terribly wrong.

At least Lilly now had a friend in Flo. They had even made arrangements for the summer holidays. Lilly knew it was a ridiculous thing to do. She knew that by the summer everything would have changed and she would never see Flo again. For Grace, Lilly's sister, had plans of her own, and she would stop at nothing to see those plans through to the very bitter end…

From a horrific murder to the discovery of a terrifying truth, The Cry of the Lake is the chillingly gripping debut novel by Charlie Tyler.

Tyler certainly knows how to pen a tautly enthralling story. With a touch of the paranormal and a large helping of suspense, Tyler has presented her readers with a book that is next to impossible to put down.

Like a sophisticated drama, this novel envelops the reader into a world that is familiar and yet terribly foreign. The atrocious acts of mental and physical abuse that are played out in a theatre of horrors can, at times, make for some truly harrowing reading. But Tyler has a novelist’s intuition of when to draw back, when to give her readers a sense of normality. I felt that this back and forth between everyday activities and appalling acts of violence, gave this book authenticity. There are also moments of light-hearted humour, which reminds the reader of what is really at stake.

Tyler has decided to use three very different perspectives throughout this novel, which I thought was not only brilliantly planned but masterfully executed. It not only lets us get into the mind of a murderer and a victim of abuse, but it also allowed us to watch the events from an outsider's perspective. This approach makes the reader feel a part of the story.

Grace is a coldly calculating character, who hides her violent intentions behind a veil of middle-class sophistication. Her sly, manipulative nature conceals her murderous thoughts, and her intelligence makes her an incredibly dangerous woman. Grace is a very unsettling character who murders without empathy and who seemingly lacks all compassion. Her failure to control her fits of jealousy as an adolescent, and the consequences of that jealousy, give the reader an insight into a distraught and extremely troubled mind. Tyler further emphasises this by Grace’s inability to comprehend the damage she is doing, not only to herself but to her sister as well. Throughout this novel, Grace is the one in control, but she is so wrapped up in her need for revenge—a revenge that makes sense only to her—that she fails to see the truth. Tyler has presented her readers with a very frightening antagonist who is determined to achieve her aims no matter what the cost. I thought Grace’s depiction was unnervingly disturbing, and yet it is her obsession and her determination that drove this story forward.

Lilly’s mental health issues make her especially vulnerable to her sister’s abuse. Lilly is a teenager trapped in a vicious circle of abuse, which she can see no way out of. The trauma of her childhood, the systematic abuse, both physically and mentally, is hidden under a mixture of drugs, which is something her sister uses to her advantage, especially if Lilly displeases her. Grace, who controls every aspect of Lilly’s life, withholds her medication, allowing the demons of her past to haunt her. Lilly knows that what Grace is doing is wrong, she knows that this isn’t how it is meant to be, but she is trapped, and because she has a history of psychological illness, thanks to Grace, Lilly believes that no professional would believe her story anyway. By refusing to speak, Lilly has found a way to ensure self-preservation, but she has also given Grace complete control. I thought Lilly’s portrayal was superb. The abuse Lilly has to go through, but the courage she finds from deep within her made this story utterly unforgettable.

The third character that takes up the story is Flo. Flo is in the unique position of looking in. Like everyone else, she is completely taken in by Grace, but as this novel progresses, she begins to realise that things are not as they seem. Flo’s journey towards discovering the truth is thwarted with obstacles and setbacks, but she is confident enough to listen to her intuition. Her persistent determination to clear her father’s name and to find the real culprit in this terrible crime makes her a protagonist that a reader can get behind and root for. I thought Flo’s depiction was absolutely fabulous. I was willing Flo on, waiting for the penny to drop, for Flo to realise exactly what was going on.

Tyler’s careful use of foreshadowing at the beginning of the book really helps to hook the reader. But why I think this novel is so wildly successful is not only in its delivery but also in its momentum. From the opening sentence the reader is thrown straight into the action and, instead of slowing down, the narrative seems to speed up. I could not read the words fast enough. I could not turn the pages quickly enough. This is a story that I could not leave—like an obsession, I had to know how it would end. If you love novels with enough suspense and tension to keep you reading all night, then this is the book for you.

I cannot even begin to describe how successful The Cry of the Lake by Charlie Tyler is. This is a novel that is an absolute delight for readers of quality fiction. It is beautifully written and wholly unforgettable. I cannot wait to read more books by this talented author. 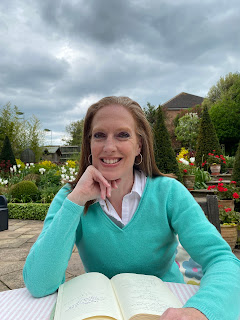 Charlie signed with Darkstroke in May 2020 and The Cry of the Lake is her debut novel.

Charlie is very much a morning person and likes nothing more than committing a fictional murder before her first coffee of the day.  She studied Theology at Worcester College, Oxford and now lives in a Leicestershire village with her husband, three (almost grown-up) teenagers, golden retriever and tortoise.

Book Title: The Cry of the Lake 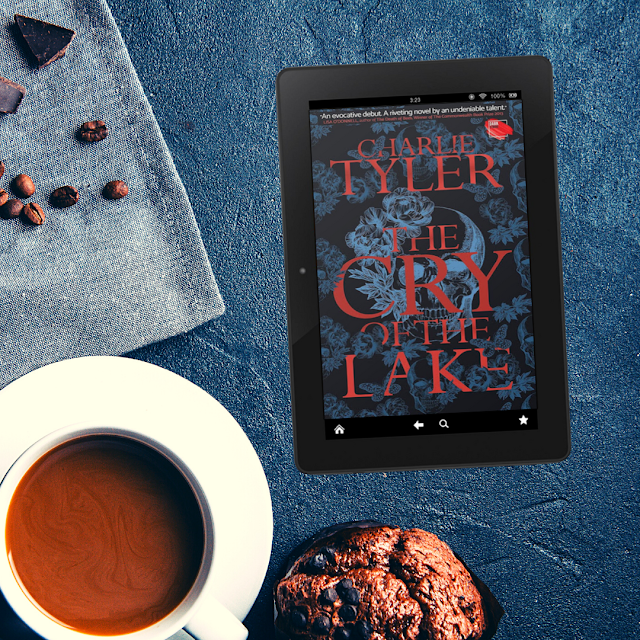