Take a sneak-peek between the covers of S. R. Mallery's award-winning novel — Sewing Can Be Dangerous and Other Small Threads #HistoricalFiction #ShortStories @SarahMallery1 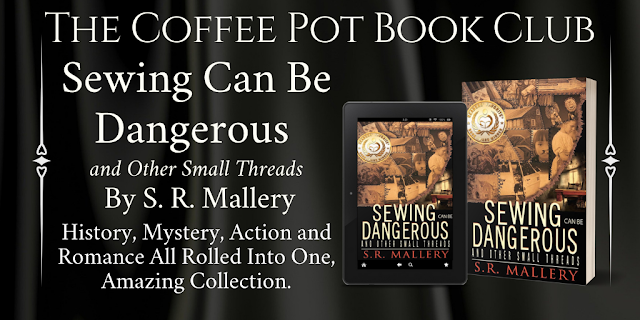 Sewing Can Be Dangerous
and Other Small Threads
By S. R. Mallery 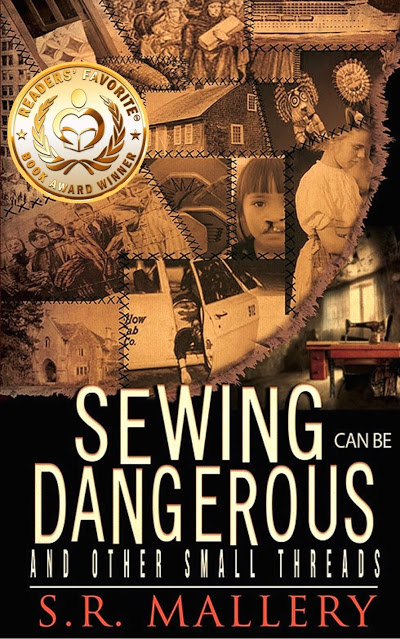 History, Mystery, Action and Romance All Rolled Into One, Amazing Collection.

From a cruise ship murder mystery with a quilt instructor and a NYPD police detective, to a couple hiding Christian passports into a comforter in Nazi Germany.

From an old Salem Witchcraft wedding quilt curse to a young seamstress in the infamous Triangle Shirtwaist Factory fire.

From a 1980's Romeo and Juliet romance between a Wall Street financial 'star' and an eclectic fiber artist, to a Haight-Ashbury love affair between a professor and a macramé artist gone horribly wrong…just to name a few.

Excerpt
“Sewing Can Be Dangerous” –– That infamous day at the Triangle Shirtwaist Factory...
On the sidewalk outside the factory, Sasha caught up with many of the girls with whom she usually worked—three hundred Italian, German, and Yiddish girls, their thread-worn dresses hanging over muddied petticoats and eyes as dark-circled as hers. Trudging up the path, they were all met at the front entrance by Joe Zitto, one of the elevator operators.
“OK girls, OK. Let’s get goin’. The rest of the building ain’t opened today, so I’m gonna take ya’s up to the 8th, 9th and 10th floors only. Don’t try to go anywheres else for lunch. The doors to the other floors are locked mostly. I guess Old Man Harris don’t want no burglars comin’ in. So, c’mon girls, let’s go.”
Bending over her assigned sewing machine was excruciating. Her entire body ached from the previous day’s abuse; still, she kept working until lunchtime. She was in no mood to socialize—making idle chit-chat was the last thing she wanted to do, but when she retreated to a corner of the factory floor by herself, two of her closest co-workers, Gladie Moskovitz and Irma Delacina, came over to sit beside her.
“What’sa matter wid you today, Sasha?” Irma peered at her friend as she bit down hard on a piece of Italian bread, some crust flipping out of her mouth and onto the floor.
“Yah, you look different. Is evertink all right at home?” Gladie was more privy to Sasha’s problem with Moshe than Irma was.
“I don’t vant to talk about it—sometink did happen, but I not say…” Sasha feared once she started talking, there would be no stopping. Better to keep mute.
In what seemed like a mere five minutes, the whistle blew, followed by numerous deep sighs and groans. Irma threw an arm around Sasha’s shoulder on the way back to their sewing machines, and handing her a delicate-looking locket from around her own neck, told her, “Here, taka dis to wear. It’s a good luck charm necklace. I got it in Italy. If you wear it, maybe you getta good luck from now on.” She leaned over and gave her friend a little kiss on the cheek.
Touched by Irma’s gesture, Sasha instinctively pulled off a little pinkie ring of her own—a small, silver Jewish star pattern with a pink stone in the center. Uncle Samuel had bought it for her the week before at a local flea market, telling her, “Remember, Sashelah, you’re American now, but always, you are a Jewish girl. Never forget the Torah, my child.”
Irma’s mouth curved into a huge grin as she placed the ring on her pinkie finger. Then the two girls gave each other a quick hug before returning to their stations.
The afternoon dragged on. Sasha found that by concentrating only on the rhythm of the sewing machines, she could block out her misery, at least for a little while. Closing her eyes and listening intently, she could almost hear the tapping of a marching band: click, click, slam-slam-slam, whoosh-whoosh, rattle-rattle went the machines. Soon, the entire factory room pulsed.
By 4:45 p.m., the whistle blew as if by magic, signaling the end of the workday and going home to face another round with Moshe. Turning off her machine, Sasha stood up, took a deep breath, and steeling herself, tried to remember the good people in her life, like Irma and Gladie, and of course, little Jacob.
Three steps forward, she smelled smoke. 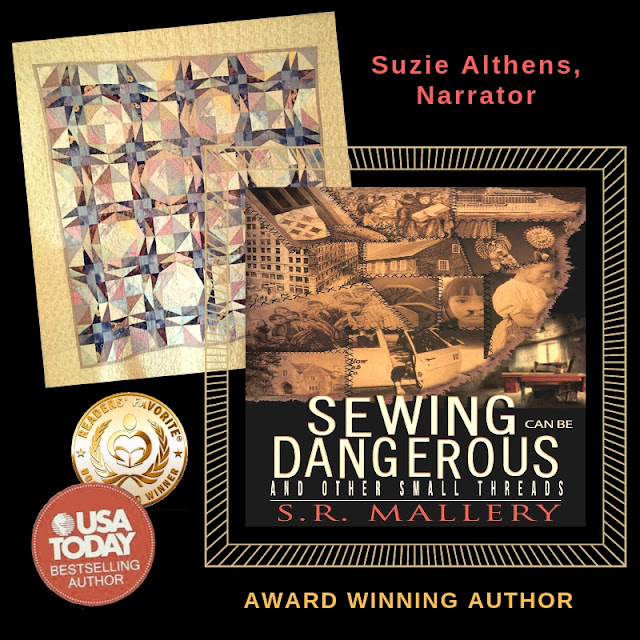 Pick up your copy of
Sewing Can Be Dangerous
Amazon UK • Amazon US
Add Sewing Can Be
Dangerous to your
'to-read' list on
Goodreads
S. R. Mallery

A USA TODAY Best Selling author and two-time READERS’ FAVORITE GOLD MEDAL winner, S. R. Mallery--as her fans say--"brings history to life."
They say I’m as eclectic as my characters. I’ve been a singer, a composer, a calligrapher, a quilt artist, and an ESL/Reading teacher. But it is the world of writing historical fiction, where I feel I’ve come "home." It’s where I've received various awards and in addition, get to do my second love: Research.
When people talk about the news of the day, or when I listen to music, my overactive imagination likens the story to a similar kind of news in the past, which helps me conjure up scenes between characters I’ve yet to meet.
Connect with S. R. Mallery:
Website • Twitter • Facebook • Goodreads • Pinterest • BookBub Author Page.
Publication Date:  March 31, 2015
Publisher: Amazon
Page Length: 217 pages
Genre: Historical Fiction/Short Stories 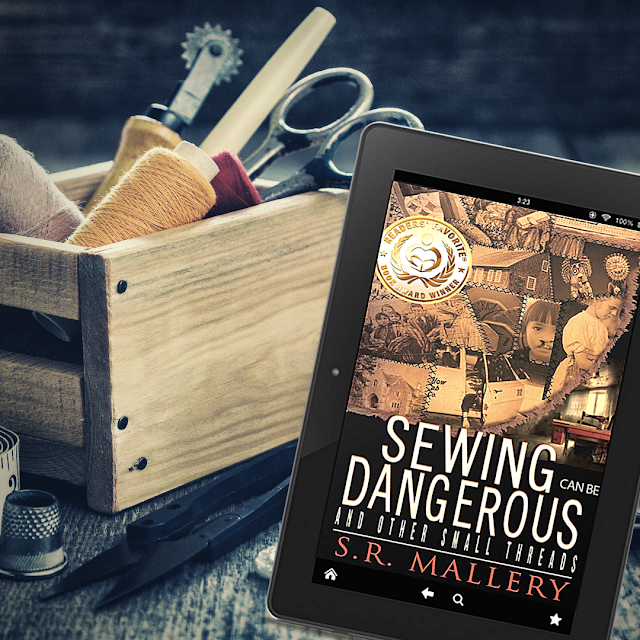