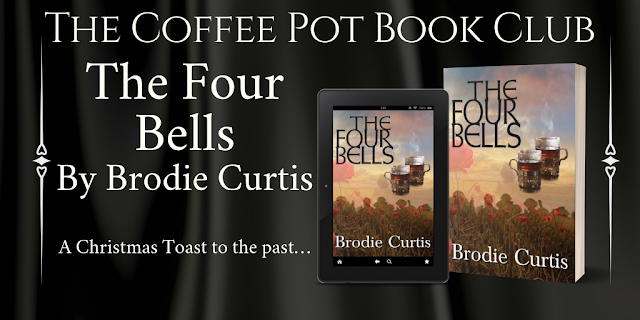 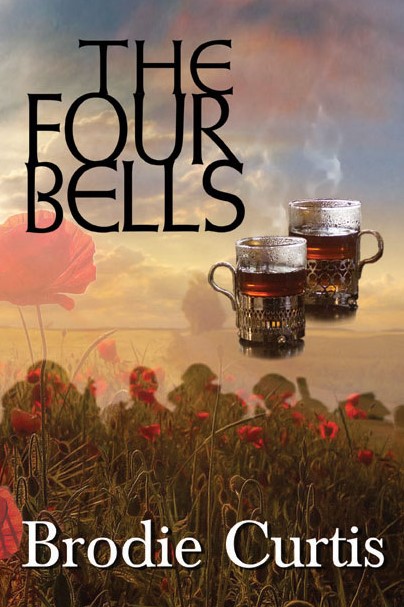 A Christmas Toast to the past…

Damaged World War I veteran Al Weldy revisits his hometown on Christmas Eve 1931, intending to raise a toast to his dead comrade-in-arms, Eddie Beane. Behind the bar of The Four Bells he finds Eddie’s sister Maddy, his one-time flame.

Maddy, now a widow, confides how the Great War damaged her husband and draws from a reluctant Al the details of his army service with her brother Eddie. Al’s stories reveal how he and Eddie went to war with youthful enthusiasm but came of age in the tumult and tragedy of battle. He reflects on the Christmas Truce that he and Eddie experienced in 1914, when British and German soldiers laid down their weapons for an uplifting encounter on a battlefield gone quiet.

Maddy is delighted when she learns that Eddie found romance in Flanders with Therese, a beautiful Belgian refugee. But, in the end, she must endure the news of Eddie’s brave, rebellious death in the trenches.

As Al and Maddy reopen the old wounds the war caused, they find that their youthful romance has transformed into a more mature emotional connection forged by the consequences of war, and possibly a new life together.

Al and Eddie sat on the trench steps on Christmas Eve, drinking cups of tea. The sky was gray, but not yet completely dark. Rifleman Parker shouted from his perch: “There’s something moving!”
“Are they attacking?” Corporal Jenkins asked.
Al and Eddie raised their rifles.
“No. Not yet, at least,” Parker said. “Wait! Something’s on their parapet.”
“Shoot ‘im!”
“It’s not a Hun. It’s a small pine tree. I think it’s a Christmas
tree.”
Al pressed his shoulder against the forward trench wall and sighted his rifle, watching for movement from the Huns.
“It’s not a Hun. It’s a little pine tree.”
Two more Christmas trees popped up on the trench wall. All three were lit by electric lamps.
A German voice shouted, “Happiest Christmas, Tommy!”
Al lowered his rifle, and a wave of relief passed through him as though his blood pressure had dropped fifty points. Faces up and down the British trench were all smiles, and Eddie grinned at him. Then Johnson, a deep-voiced lad from Oxford, shouted out, “Happy Christmas to you, Fritz!”
The German voice shouted back, “Tommy, we have sum-ting for you dis night.”
Al snickered at the speaker’s German-accented broken English. Then a rich chorus of German voices sang a holiday carol Al and his mates knew, ‘O Tannenbaum, o Tannenbaum.’
Al and his mates applauded when the Germans finished, and Johnson whistled his approval. Lieutenant Travers shouted, “Okay, lads! Now our version back at ’em!” Al sang, loudly with the rest, ‘O Christmas tree, O Christmas tree….’
As the last note trailed off, the Huns gave enthusiastic applause and shouted “Bravo! Bravo! Trotzen! Vell dun, Tommy! Gute Arbeit!”
Then it became quiet again, and the Huns broke into the most beautiful rendition of ‘Silent Night’ Al had ever heard. A sense of tranquility floated over him as he listened to the solemn, crystal-clear pitch of ‘Stille Nacht, Heilige Nacht.’ All the Tommies were quiet. Eddie stared up at the stars in the frosty sky. Al relished each word as German voices soared across the plain, sure that the finest choir at St. Paul’s couldn’t have bettered them. For that moment, the Huns had made Flanders a beautiful place to be.
Al and the rest of his mates took a respectful pause, as if they were gathering themselves, and taking meaning from what they had heard.
“Lads, we might not match their singing, but we have to give account of ourselves,” Lieutenant Travers said, and counted out, “One, two, three.”
Al’s voice joined with the rest of the Tommies’ singing “Silent Night.”
Having finished, Al closed his eyes, still hearing the German and British voices harmonizing the classic carol. The impossible had happened: hard men who’d hailed from many different places, classes, and backgrounds, and been brutalized by the cold and violent war front, had come together in song.
Al and his mates stood up in the trench, looking across no-man’s land at Huns waving to them. Suddenly, a white flag rose over the German trench, and a Hun scrambled over his parapet, holding the flag high. Johnson on Al’s right, and Eddie on his left lifted their rifles, just in case.
But the Hun trudged through no-man’s-land and shouted, “No shoot, Tommy! No shoot, Tommy! Christmas presents!”
Al didn’t yet know what to make of the Hun soldier, other than he was incredibly brave. He saw a wooden carton under the Hun’s arm, and a bottle in his hand.
“Hold your fire lads,” Travers said. “Let’s see what he’s got first!”
He nodded at Eddie, and Eddie put down his rifle and leapt up and over the parapet. Approaching the Hun, Eddie said, “Happy Christmas Fritz."
“And you too, Tommy,” the Hun said.
Al climbed out of the trench and joined Eddie and the Hun. So did Travers, Jenkins, Johnson, and the rest of Al’s mates. A group of Germans walked out to greet them. One Hun gave Al a cigar, and another passed him pieces of sausage and cheese. Johnson and Jenkins ran back to the trench, and returned with chocolates, butterscotch, and plum pudding. A Hun poked his finger in the Christmas pudding, and made an “mmm” sound. Several others tasted the pudding. Al chuckled to himself, wondering if the Huns would have surrendered then and there if the Tommies had brought enough pudding.
Al looked over the circle of British soldiers in khaki and Germans in gray. No man held a weapon. Every one of them was relaxed and cheerful. What would someone at home think of British and German soldiers, standing together squarely in the midst of the battlefield, and not one man frightened of his enemy? The only way he could explain it was that the men on both sides had been through quite a time already. The Huns had seen friends killed, just like the Tommies had, and maybe killed a Tommy. It dawned on him that these soldiers had learned when it was time to fight, kill, and die and when it was time to relish staying alive. This night was for living.

Add The Four Bells to your 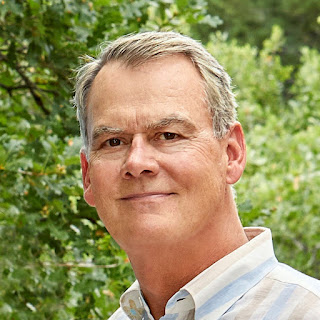 THE FOUR BELLS is Brodie Curtis’s debut novel. It was set in motion years ago, in a homey lounge, when he heard a mournful, but gorgeous, acoustic version of John McCutcheon’s song about the transcendent Christmas truce of 1914 and was inspired to research reports on the truce in contemporaneous writings and non-fiction, and to walk the fields of Flanders. He decided to write about the truce, and when pen hit paper, his characters took him down their own road, and the truce became just one scene in the story.

Curtis was featured as a debut author in Myfanwy Cook’s “New Voices” article published in the Historical Novels Review, issue 91, in February 2020.

Curtis’s sequel to THE FOUR BELLS, ANGELS & BANDITS, which is set during the Battle of Britain, is expected to be released in early 2021.

Curtis is also a reviewer of historical fiction, and has posted dozens of quick takes on world war-based fiction on his website: https://brodiecurtis.com/curtis-takes/ Also posted are Curtis’s book reviews that have been published in the Historical Novels Review as well as reviews of several other historicals.

Raised in the Midwest, Curtis is a lawyer, and ended the first part of his career in the California corporate tower of a large company.  He left the corporate world to embrace life in Colorado with wife Sue and their two young sons. F. Scott Fitzgerald famously said, “there are no second acts in American lives,” but Curtis and Sue turned their talents and drive to building a real estate business in Denver. With plenty of hard work, the second act achieved top billing, and Curtis began to write. It is said to take 10 years to become proficient at a trade, and with the time he has put into writing, Curtis feels he is closing in—just maybe a third act!